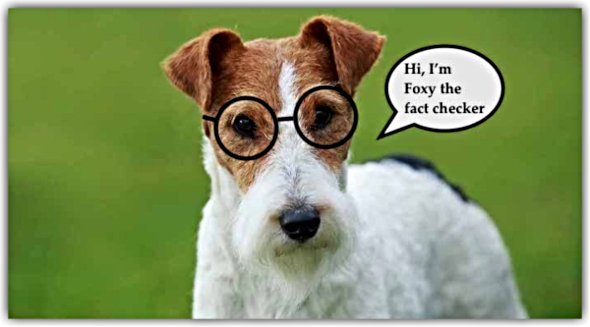 Foxy the fact checker has barged into the office, panting and sweating, with some freshly baked facts about the credit card spending of former W’bool City Council tourism head David McMahon.

Righto, Foxy, do your thing:

Fact: Mr McMahon repaid a total of $5666.85 to the WCC last year, not around $4000 as I thought from adding up the “missing” receipts released through Freedom of Information.

Fact: This is what has been repaid, not what should have been repaid. That figure is still being worked out.

These two facts, which were released via Freedom of Information, took 5.5 weeks and $54 in fees to find out.

What other facts do you have Foxy? Cut loose!

Fact: Mr McMahon repaid the $5666.85 just a few days after a meeting with then-CEO Bruce Anson.

Fact: The council’s Audit and Risk Committee first learned of the credit card abuse when The Terrier published a story on 3 July 2019.

Fact: The Audit and Risk Committee met in November last year, the month of the repayment, but was told nothing.

Fact: Audit and Risk Committee meetings are attended by the council CEO (at that time Bruce Anson), the Director of Corporate Strategies, Peter Utri, the Manager of Financial Services, David Harrington, the Manager of Governance and Risk, Anne-Maree Neal, and an internal auditor.

Fact: On 20 November last year, after the $5666.85 repayment, the council published a six-month report into strategic risks, the chance of them happening, the impact and how to stop them. The $5666.85 didn’t rate a mention.

What Foxy can’t reveal is exactly what the $5666.84 was spent on, because if you are of a certain mind, it’s easy to hide such spending, especially if you know that nobody is looking too closely.

Fact: Unauthorised spending was inserted into invoices, wrapped up into “room hire”, covered up in “catering”, or buried under those two little words, “council business”.

Fact: One of the missing receipts is for a 10-course, tasting menu with matching wines that lasted four hours in a local restaurant that Mr McMahon enjoyed with a Fun4Kids supplier.

Fact: Foxy found another little receipt for $78 worth of car parking in Melbourne on Friday 12 October 2018.

This receipt coincided with the 125th birthday celebrations of St Patrick’s College Ballarat, held at the MCG, which Mr McMahon attended as (now former) secretary of the St Pat’s old boys.

Did we pay for the parking? Probably.

Is that it Foxy? You must be truly fact after uncovering all of those facts.

Fact: there was a third council person at the almost $700 dinner and booze up at the Myrtle Bar and Kitchen on 18 July last year, that included five bottles of shiraz.

It was Mr McMahon.

His name, unlike Cr Sue Cassidy’s, was missing from the receipt submitted to council by City Growth manager Andrew Paton.

Barry the Boolshite Detector has just passed me a note:

[Note: the $1476 dinner at Pippie’s was a Sister-City function for people from Miura, Japan. Money well spent? I don’t know. Cr Mike Neoh was part of that event, but says he paid $83 toward the final bill that more than covered his share. He doesn’t drink. Cr Neoh bypassed the usual slog and outlined all of this in an email, two hours after I asked him the questions last Thursday. If only every other question to council was answered as quickly and directly.]