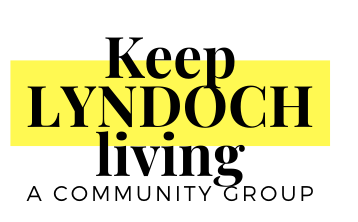 A grassroots action group has formed to challenge Lyndoch Living over plans to build a $22m medical clinic that some fear may send it broke.

I have written dozens of stories these past 18 months about concerns around Lyndoch Living and every time there is the same response from readers: what can we do?

Well here is the answer – you can support this action group.

The group – “Keep Lyndoch living” (follow them on their new Facebook page here) – is being led by local people who are prepared to speak up on behalf of the community, and you can stand with them.

The co-chairs are heavy hitters in Professor James Dunbar, who has had a long and distinguished career as a health researcher in Australia and overseas. He moved to south-west Victoria from the UK to become the first Director of the Greater Green Triangle University Department of Rural Health.

Prof Dunbar taught Clinical Governance and Risk Management for Flinders University in Adelaide, Singapore and China, and is an Honorary Professor with Deakin University.

The other co-chair is Jim Burke, a former naval officer and a senior investigator for the Inspector-General of Intelligence and Security until his retirement in 2009.

They are the public face of what they hope will be a united community voice seeking answers from Lyndoch on two broad questions:

how is the medical clinic being financed?

how will it benefit the residents of Lyndoch?

Last month, Lyndoch’s former Acting Chief Financial Officer Allan Conway revealed that, on the information available to him, he had formally advised Lyndoch CEO Doreen Power that he didn’t support the medical centre as proposed.

Mr Conway added that, as a private citizen, he also held fears for the viability of Lyndoch.

Despite this fire alarm from a former, well-respected CFO, the public response from the Lyndoch board has been silence.

In a media release today, Prof Dunbar said the community group had to move quickly, as construction was due to start on the clinic any day.

“If the medical centre resulted in serious financial issues for Lyndoch, the viability of Lyndoch could be threatened,” he said.

“As the community has funded and built Lyndoch over the past 70 years, it is imperative that the medical centre is based on a sound business plan and full transparency.”

Mr Burke said the group will seek a meeting with Lyndoch board.

i. The cost of the centre;

ii. How the centre is to be funded;

iii. How loans and interest are to be repaid.  Borrowing would be at the current low interest rates, but this cannot be guaranteed in the future;

iv. Whether proper business modelling has been done for the clinic (including full business and operational plans), together with an associated risk management plan;

v. Details of prospective tenants.  Whilst an unknown number of GPs from The Health Spot and Warrnambool Medical Clinic have been secured, an advertisement in the Warrnambool Standard on 1 May, 2021 raises concerns about whether an adequate number of tenants in total can be secured where there are general GP shortages in rural areas;

vi. The effect of the Royal Commission into Aged Care and whether this could cause other financial pressures on Lyndoch.

To me, the launch of this group is significant, as I have learned that it’s incredibly difficult for people in Warrnambool to publicly question the decisions of those in authority.

People, I have learned, are often fearful to speak up individually.

Strength, however, lies in numbers and a unified voice.

Whether this group succeeds as a unified voice now hinges on how many people are prepared to stand alongside them as they speak up on behalf of the community.

If you want to stand with them, you can like/share/follow the “Keep Lyndoch living” Facebook page, which will provide updates to the community on its progress.