Well, well, well…. it turns out former Warrnambool Racing Club chief Peter Downs resigned from the Lyndoch board months ago, but, oddly, officials weren’t told until the very day after The Terrier post on Facebook.

Mr Downs resigned on 18 December 2019 and the Australian Securities and Investment Commission (ASIC) is supposed to be told of such changes within 28 days.

Despite this, and despite Lyndoch having held at least one board meeting since then, ASIC wasn’t formally notified until 17 February – the day after the Facebook post on The Terrier.

Mr Downs’ profile was also suddenly whipped down from the Lyndoch website.

As it stands, there has been no public statement by Lyndoch about Mr Downs’ departure after three years on the board, and just three months after he was re-elected for a second term.

While I am sure we’re all happy to help Lyndoch to keep up with its governance free of charge (!), the bigger picture here is cause for concern. 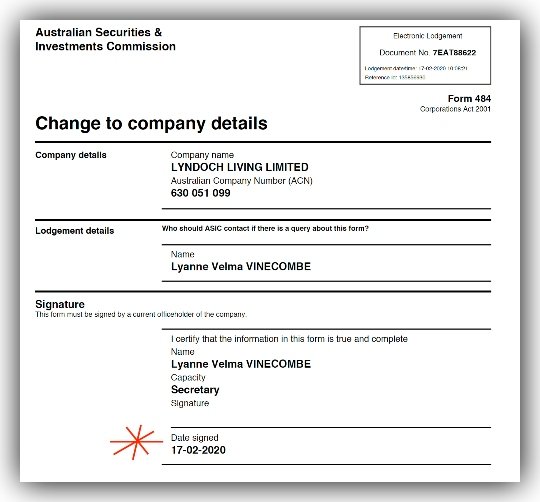 As we now know, while Mr Downs’ seat at the table sat empty, the Lyndoch board was rejecting membership applications left, right and centre.

You have to be a member of Lyndoch to become a board member.

No new members = nobody can nominate for the board.

Memberships were discarded instantly because the applicants happened to know me, however closely or distantly, or have ‘liked’ a post from The Terrier.

Wow, to think that passes as acceptable. 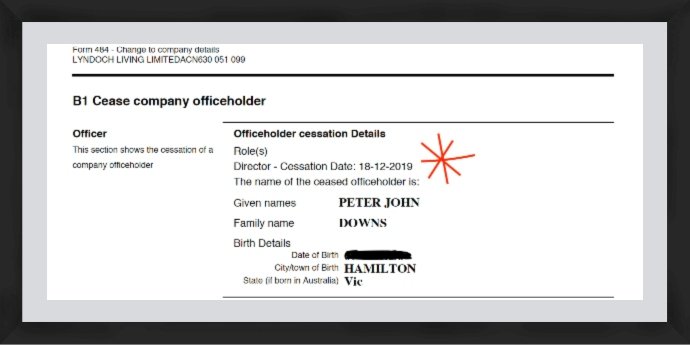 Board vacancies no longer have to be advertised, as they were under the old rules of Lyndoch that were changed without any of us noticing.

Now, when a vacancy arises, the board members and CEO just hunt around for their preferred applicants.

If any other public body worked this way – imagine the WCC councillors and CEO deciding who could be on the council – there would be rioting in the streets.

For the wider community to have no chance to nominate for the Lyndoch board is an outrage.

In any other world, this would be called branch stacking, or insider trading, or a closed shop, or a cabal, yet we are supposed to accept it as normal.

I keep saying it, Lyndoch is owned by the community and run by the board on our behalf.

That board will hold its monthly meeting on Tuesday.

There it will decide who will replace Mr Downs. The names are in.

It will also decide which membership applications, including that of Vicki Jellie AM, will be accepted or tossed in the bin.

It’s going to be a very interesting test.

There are troubles at Lyndoch. I am going to keep saying it, despite the attempts to silence those who say the Emperor is naked.

Does the current board feel happy with how things are being run? Do they agree with this shutting out of the community? Are they monitoring the numbers of staff on sick leave? Are they happy to sit back and watch and then say they knew nothing and did nothing?

There is a lot to be learnt from what is now unfolding at the Warrnambool City Council about speaking up and standing up.

I, for one, am waiting to see who from the Lyndoch board emerges as a Bernadette Northeast – on the front foot – or as a Cr Michael Neoh – far too little, far too late.

If you would like to help The Terrier keep digging, please visit the Tip Jar here.