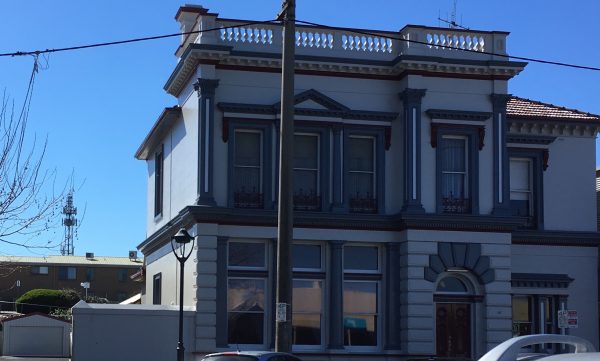 Why did the Warrnambool City Council last July suddenly move from a handshake deal to a written lease for a council-owned flat rented by a staff member for more than 30 years?

This question needs a whole separate story, and this is it.

To re-cap, the property in question is attached to the Archie Graham Centre at 130 Timor St, where the senior council staffer has lived since 1987.

And as I wrote yesterday, thanks to Freedom of Information* we now know that for decades the council had nothing in writing to cover this tenancy, including rent payable, any bond, term of the lease, utilities, repairs and replacements.

The council instead relied purely on a handshake deal, until July last year.

Stay with me here, because this is where things get murky.

On 30 July 2018 I asked the council my first questions about this tenancy.

On 21 August 2018, the first story was published, prompting a huge response from readers.

In the days before that story was published, the council refused to provide a copy of the lease and shut down questions by saying it had “nothing further to add” – case closed. 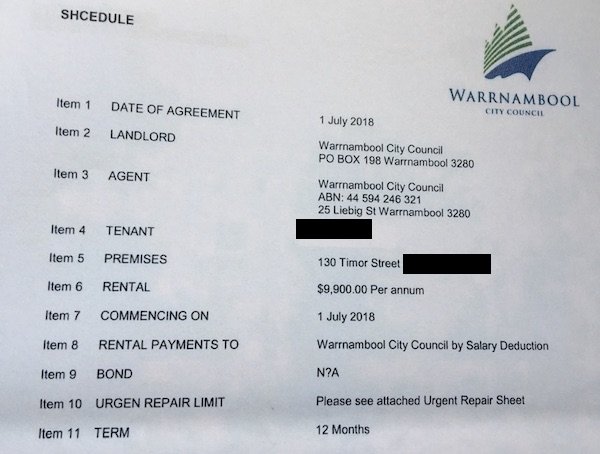 It was immediately obvious to me that there was something odd about this lease document.

Was it just a massive coincidence that I asked questions on 30 July 2018 about an on-going lease that just happened to be put in writing – after 30 years – from 1 July 2018?

The smell of fish was getting strong, but it became overwhelming when I asked the council spokesman in April why the council suddenly decided to put the lease in writing last July.

Here is his answer in full:  “While a verbal lease agreement is legally acceptable – and was accepted by both parties to the lease – given the external interest in the property Council decided to prepare a written lease.” (my emphasis)

So the written lease was in response to questions by The Terrier.

But hang on, there’s another red light: the official council date stamp on the lease is 18 June 2018 – five weeks before I began asking questions. (See photo below). 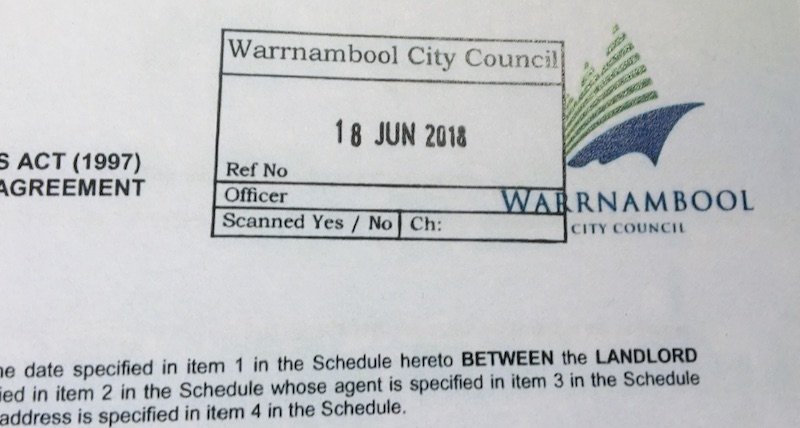 I went back to the council spokesman and asked if he could explain how the date stamp pre-empted my questions, and the explanation shifted.

The written lease was now the result of an internal review.

This review of council properties was apparently held in early 2018 and, blow me down, after 30 years, it zoned in on 130 Timor St.

“External advice was sought and provided and one of the actions arising from this review was the preparation of a written lease for 130 Timor Street,” the spokesman said via email.

“The lease was drawn up in June 2018 and executed by the tenant and returned to Council on June 18,” he wrote (my emphasis).

Wait a second. Which one was it? Was the written lease prompted by The Terrier’s questions in July, or by the internal review?

I again asked the council spokesman – (are you still with me?) –  and, this time, it was both:

“The move to have written leases for Council residential properties – although verbal lease agreements are legally acceptable – had two drivers.

“One was you, the other – which preceded your interest – was external advice and a review undertaken by our property manager,” the spokesman said via email on 8 May. (my emphasis).

Whichever way I look at it, this date stamp just doesn’t add up. You can’t draw up a lease in June in response to questions asked in July.

So what am I trying to say here?

Well, I am saying that I believe when The Terrier started to ask questions and asked for a copy of the lease, this written lease was hastily prepared and dated retrospectively, to make it appear as if it had always been in place.

I don’t know who was involved in the preparation of this lease, but it was ready to go when I lodged my first FOI.

I believe things came unstuck, however, when I lodged a follow-up FOI, asking for a copy of any earlier written leases for this property.

There were none and this exposed the handshake deal that had been in place for 30 years – a handshake that I don’t believe we were ever supposed to know about.

Given the conflicting explanations, all the markers point to that conclusion.

Does any of this matter?

Yes, because this whole saga strikes at the very heart of the WCC’s transparency, governance and accountability for managing our public assets: that is the nub of it.

A 30-year handshake deal for a council-owned apartment might be legal, but it is a very dubious way to run the show.

As for the possibility of manipulating date stamps on documents, well, I will leave that for you to contemplate.

And this is why I am not naming the tenant. The name doesn’t matter: what matters is that this whole situation has been sanctioned by our council for years, to the point of hurriedly drawing up a lease, and this is of serious concern to me.

This is what makes this whole story of public interest and why I have pursued it for almost a year.

A final word from the council spokesman:

“Council no longer has verbal lease arrangements in place for residential properties that have a lease of more than 12 months.”

That, at least, is a start to ending the rot.

This story is the Terrier Tip Jar at work. All of the above is now public because of a series of Freedom of Information applications that were paid for by supporters of The Terrier. To be part of it, click below:

2 thoughts on “Did the WCC backdate a lease to cover its backside?”