Those of us who live or work near Lyndoch Living have this past week watched – and heard – Tomlinson Wing being razed right down to the last lounge chair left lying on its back in the rubble to make way for a multi-million dollar medical clinic.

Such is the secrecy around our community owned nursing home these days, we don’t know how much this clinic will cost – the last figure I saw published by an engineering firm was $24 million, but the plans have changed several times since then.

This clinic will house up to 20 GPs from the Warrnambool Medical Clinic, which Lyndoch now owns, and – presumably – by hiring GPs from elsewhere. It will also have a dentist, an x-ray and an acute care service.

To date, there has been no public discussion on how the business plan stacks up for such a huge investment, or the risks involved for Lyndoch, or the benefits it will bring to Lyndoch residents.

We are being asked to take it all on trust.

And trust is, frankly, in short supply around Lyndoch right now. That is what happens when you stop talking to the public and instead rely on spin.

Spin is how you turn a deficit into a surplus.

It’s how you get away with sponsoring a horse race and a corporate marquee at the May Races.

And it’s how you gouge up to 44% of a person’s home care package in admin fees.

So far, this gouging has helped Lyndoch build up a nice little nest egg of $3 million in cash.

No wonder Lyndoch is desperate to pump up its home care package clients: they are taxpayer-funded cash cows.

But is it sustainable? Is this really how home care packages are intended to work?

And, worse, is it a house of cards just waiting to crash, especially as the federal govt moves to close these loopholes?

Which brings me to this:

Did it spend almost $2 million more on supplying services?

It spent almost exactly the same amount as the year before.

So where did this extra $2 million in taxpayer funds go?

This was among the questions I asked Lyndoch yesterday in the ever-optimistic hope of a reply.

In the absence of any reply, I have perused Lyndoch’s figures and it appears this $2 million has been invested, which helps Lyndoch’s bottom line look better than it is.

A ten-fold increase in just 12 months.

The problem is, it’s smoke and mirrors.

This surplus is not Lyndoch’s money: it’s taxpayers’ money, given to Lyndoch, to provide home care packages.

It’s not supposed to be sitting around in a bank, earning interest and plumping up bottom lines.

It’s supposed to be helping people to bathe, or have their gardening done, or buy a new bed, or to supply hot meals, and if it is not being used for those purposes, then something is terribly wrong.

Fortunately the fed govt knows the system is buggered and is making long-overdue changes that it is rolling out as we speak.

A major change is that the home care money will no longer be paid in advance to places like Lyndoch.

It will be in arrears.

And by September, if new laws go through, the funds will only be paid for what has actually been spent, not sitting there waiting to be spent.

In other words, there will be no $2 million swashing around in Lyndoch’s bank account.

Given the demolition of Tomlinson, Lyndoch has a chance to reassure us that none of the changes planned by the fed govt (home care is just one of them) will make a jot of difference to its financial stability and it can plough on with its $100 million masterplan like there is no tomorrow.

If it doesn’t, or it can’t, then we should listen, very carefully, for the sound of the Queen of Hearts falling.

[Note: Lyndoch is about to hire a new Chief Financial Officer: its third CFO in five years.] 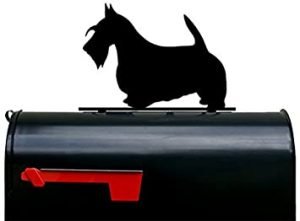 1 thought on “Tomlinson crashes down: will Lyndoch finances follow?”