Lyndoch Living last financial year recorded a $1.88 million loss – its fifth deficit in five years – and its bottom line has gone backwards by $20 million since 2015.

This, unlike what was reported in the local paper after last Tuesday’s invitation-only Annual General Meeting, is the reality behind the spin.

Here is the nub: Lyndoch is not growing, but going backwards, and we need to know why, especially as it pushes on with a $100 million masterplan funded mostly through loans.

We also need to ask why, in the face of such losses, Lyndoch continues to hire more executives on executive salaries, but more about that later.

First to the numbers, which are so easy to spin.

What Lyndoch pushed in the newspaper, and in a piece of puffery it produced for the AGM called a “Community Report”, was a measure called an “underlying profit” of $2.18m.

As has been pointed out by Deloitte, underlying profit is one measure that can be “useful” to judge financial performance, but can also be “misleading if used to mask bad news”.

And Lyndoch had some bad news.

The thing is that Lyndoch’s $2.18m “underlying profit” doesn’t take into account expenses such as interest on loans, depreciation, under-performing investments, and taxation.

These are real costs and when these costs are factored in, Lyndoch’s “profit” vanishes.

In fact these costs chewed up more than $4 million and Lyndoch ended the financial year not in surplus, but $1.88 million in the red.

This is the figure we should be looking at.

This is the  “total comprehensive income” – and it is not good news.

Even more troubling, however, is the slow and steady decline in Lyndoch’s bottom line (its net assets) over the past five years.

Despite Lyndoch last year buying the Warrnambool Medical Clinic, the Health Spot clinic and the May Noonan hostel in Terang for a cost of around $3.3m, its asset base has not improved, but gone backward.

As one learned accountant said to me last week, “this is a company that is diminishing, not growing”.

Again, this is not good news. 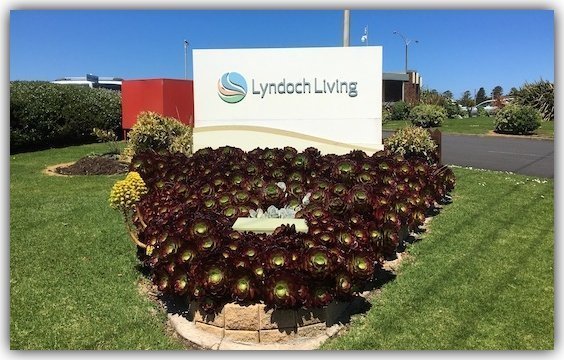 Like last year, we will have to wait until late January to see the line-by-line figures reported by Lyndoch to the Australian Charities and Not-for-Profits Commission, because these days Lyndoch provides just a simple snapshot at its AGM.

Only by seeing the line-by-line figures will we see the full picture.

Nobody asked a single question at the AGM (test: try and find the video buried on its website here), which is not surprising, given Lyndoch does not allow any outsiders to become members let alone board members.

To me, the fact Lyndoch now has a new, fast-tracked president in hairdressing salon owner Sue Cassidy, who has no experience or qualifications in health, disability or aged care, is troubling.

But the lack of any open and robust accountability around Lyndoch in real-time is frightening.

I do, however, know this: just three days after posting a $1.88m deficit, Lyndoch advertised for yet another high-paid executive to join its ever-expanding executive team.

This newly created position for a “Director of Enterprise, Research and Education” is being advertised internally only and applications close in less than two weeks, which suggests someone is already being lined up for the role.

(My tip is the Acting Director of People and Resilience, Julie Bertram, a retired director of South-West TAFE, who has been filling a maternity leave position.)

It’s a powerful role and includes acting as CEO when the CEO is on leave, which previously fell to the Director of Nursing.

Five years ago, when Lyndoch hired its new CEO Doreen Power, Lyndoch had 37 people in administration. By 2019 it had 59.

All indications are that it is now above 60.

I wonder how the nurses and personal care workers and “hands-on” staff caring for the residents across Lyndoch feel about that?

As always, I wait for the board or our local MPs to ask the hard questions on our behalf and, in the meantime, we all just keep chipping away.

If you would like to support the work of The Terrier, please consider a small monthly tip into the tip jar.