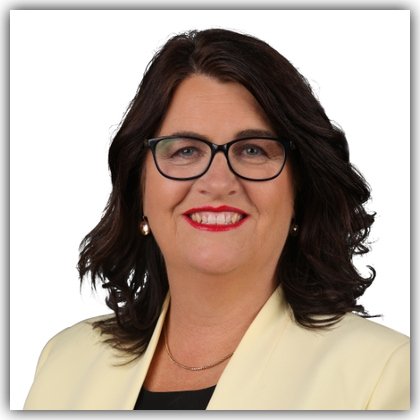 Could this be the moment when someone with power grabs the wheel and steers HMAS Lyndoch away from the iceberg?

Many of the long-suffering staff – past and present – will hope so.

Before I give you a snippet of the damning survey responses (brace yourself), I asked Ms Britnell if she had received a copy and what she intended to do about it.

But, in a statement to The Terrier today, Ms Britnell said she was concerned, and that the survey mirrored issues raised by a number of people she had spoken to over recent months.

Ms Britnell said she will now meet with the Lyndoch board and CEO to ask what is being done. This is significant, because MPs don’t wade into troubled waters easily.

I can also confirm that the federal Member for Wannon, Dan Tehan, has asked the Aged Care Quality and Safety Commission to investigate concerns raised earlier by constituents.

This, as we know, comes on top of growing unease among staff at the Warrnambool Medical Clinic, who – I suspect – are starting to understand why two GPs quit last April when that clinic was sold to Lyndoch Living for a total of $1.6m.

The WMC Practice Manager has also resigned and leaves in two weeks. (“Ahoy me hearties, iceberg ahead!”)

First, here is what Ms Britnell had to say in full:

“I received a copy of the report via email on Tuesday morning and had some concerns about its contents.

I am now seeking a meeting with the Chief Executive Officer of Lyndoch Living and Members of the Board to discuss these matters.

I also note I have been approached by several different people over the past few months who have shared with me concerns which relate to the matters contained in the report.

Lyndoch is a vital institution in our community and it’s really important it retains its long held reputation as a high quality home for the elderly and a great place to work.

That’s why it’s important concerns raised by staff or residents are appropriately addressed – that is information I will be seeking from the CEO and Board. “

One wonders how much longer the Lyndoch board can continue to deny the obvious, which leapt off the page in the leaked confidential staff survey.

Lyndoch received the survey results in January, they went to the board in February, but still it has done nothing to address the damning assessment of the CEO’s leadership that was contained within.

Here is a snippet which I believe people need to see in the public interest, not just the watered down version as reported in the Warrnambool Standard:

“A small sample of around 10-15 respondents stated that the CEO’s culture of intimidation, manipulation and bullying greatly impacted their safety, health and wellbeing. They said they witnessed her bullying others and making decisions in regard to her own self-interests and not the organisation as a whole.”

Read that again. Up to 15 people is not a “small sample”. That is shocking, especially when you consider the Lyndoch corporate area has about 40 staff in total.

For even one person to claim to be enduring the “CEO’s culture of intimidation, manipulation and bullying” is one too many.

To have 10 to 15 warm-blooded, real people feeling that their “safety, health and well-being” is suffering, is disgraceful.

And what has been done in response?

Instead of leaping into action, Lyndoch hired a consultant – yes, another big fat fee on the public dime – to offer the board a counter assessment of the results:

“Look, over there! Over there! Nothing to see here!”

In LyndochLand™ , it’s the fault of the senior staff, the older staff, the kitchen staff, the person who takes out the bins on a Friday, the woman walking past the Lyndoch Milk Bar, the person who posted a nasty comment on Facebook, a pesky little journalist….anybody, anybody, but the person at the very top of the tree.

Is that a cover up, pure spin or clever public relations?

I don’t know, but what I do know is that the board – at the end of the day – will wear any consequences of not acting decisively.

The board are the people who are at risk of serious reputational damage. In light of these survey results, they can no longer say that they didn’t know.

And it is poor Lyndoch, owned and loved by the community for 60 years, that could face both reputational and significant financial damage.

Compensation payouts of hundreds of thousands of dollars are being awarded to individuals who have suffered workplace bullying and harassment. This is not a game.

On top of that, consider this: if the iconic Warrnambool Medical Clinic was to fall apart because of similar issues filtering into its workplace, then there is no more “goodwill” and Lyndoch will have paid close to $2 million* for fresh air.

All this before even a sod is turned on the new $12 million medical centre to be built at Lyndoch to house the WMC and up to 20 GPs.

The pushback against those who dare to speak up and out is enormous – it’s all just a “social media” beat up – and meanwhile the HMAS Lyndoch lurches ever closer toward the iceberg.

At least now Ms Britnell and Mr Tehan are helping to lower the lifeboats.

There is a Lyndoch board meeting next Tuesday: we can only hope that the board leaps in and starts paddling.

Do you follow The Terrier? If so, join those who have thrown something in the tip jar to help with the digging.