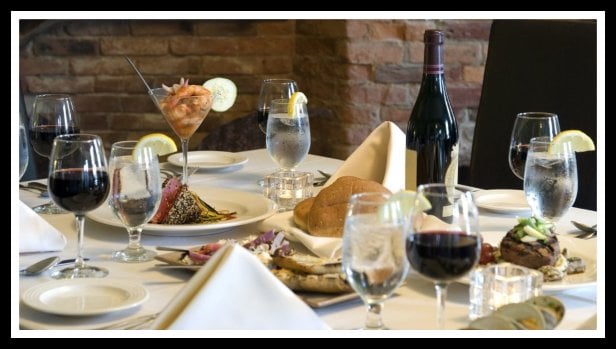 JUST IN: The Victorian Ombudsman’s long-awaited report into credit card use and misuse at Warrnambool City Council has just hit the decks.

You can download the whole report here and I will run updates as I pick through it. This is the first instalment.

The bottom line to this 10-month Ombudsman’s investigation is that Warrnambool ratepayers can now take much greater comfort in knowing that every cent spent on a WCC credit card will come under much greater internal scrutiny.

As we know, this whole scandal revolved around not only blatant and unauthorised largesse by one individual in former tourism manager David McMahon, but the spending by several others that was permissible under the council’s then policies and rules.

This is part of the Ombudsman Deborah Glass’s eloquent summary:

“The conclusion of this investigation is that while there is evidence of lax practices by staff and poor judgment by some in senior management, credit card misuse was not widespread.

“Serious misuse was limited to one individual, although the level of abuse was greater than had been exposed or admitted to, in some instances also suggested a deliberate intention to deceive.

“The people of Warrnambool do not expect their hard-earned payment of rates to be funding espresso martinis, travel to Melbourne coinciding with football games, spa resort massages for family members, or hundreds of dollars in alcoholic beverages, described on the invoice as ‘Room Hire’.

‘But while the individual no longer works for the Council and has repaid the money, the damage has been done.

‘Senior management could and should have done more at the time the misuse was first exposed in 2018.

‘Although this inaction was neither dishonest nor systemic, it gave raise to the impression of a cover-up.

‘The then CEO told us he ‘would have dealt with it differently had the full picture been known at the time – an important, indeed painful lesson that integrity rules exist for a reason.

‘The impression of large numbers of snouts in the public trough was also exacerbated by overly generous hospitality policies.

‘It was understandable that Council should wish to support local traders affected by the city centre construction works. But to an observer, the holding of meetings by Council officers in local cafes and restaurants was no different from the staff going out for lunches and coffees on the public purse.

‘Combined with lax adherence to processes and insufficient oversight by some, it is not surprising these public displays of eating and drinking gave rise to the impression they apparently did.

‘Policies and guidance have since been tightened, external audits and reviews are being implemented and fewer credit cards are now in use’.”

The report goes on to make three recommendations:

the council consider referring Mr McMahon’s actions to the police;

the council reconsider the number of credit cards in use and the rationale of the issuing of the cards. (There were up to 93 cards in use in 2018-19, it’s now down to around 70.) and;

Implement the recommendations of the two audit reports and report back to the Ombudsman within six months.

There are a number of interesting revelations that start to answer some long-standing questions, including:

Mr McMahon repaid $5666.84 on Nov 5 and was given a first and final warning from then CEO Bruce Anson.

After a series of exclusive stories published by The Terrier last July, Mr McMahon met with the new CEO Peter Schneider and admitted further unauthorised transactions. He repaid another $3071.73 and handed in his resignation. Mr Schneider referred the matter to IBAC;

The curious receipt for “room hire” at the Lady Bay hotel on 10 October 2018 that cost ratepayers $736.50 – was an unofficial thankyou dinner for a colleague attended by Andrew Paton, Peter Utri, David McMahon and others.

Drinks at the infamous Cape Schanck tourism conference in July 2018 – the knee-ups that started this whole investigation – included 34 espresso martinis at $18 each and a single shot of Sullivan’s Cove American cask whiskey for $38.

No wonder this whole saga has left ratepayers – and the council – with a massive headache.