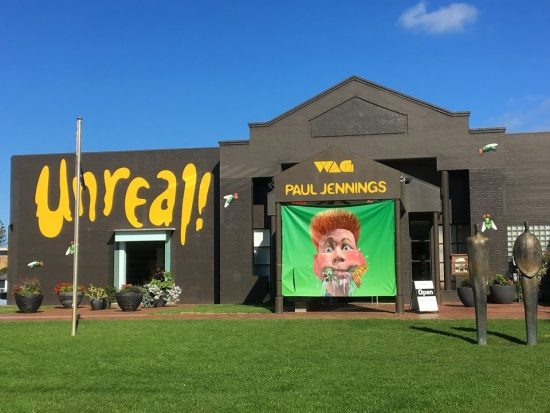 Interesting to see the W’bool City Council must now spend $530,000 to replace the air-con system at the art gallery, which has been limping along on one leg for some time.

Like the poor old library across the road, the poor old art gallery has been neglected to the point where it no longer meets modern standards.

We have missed out on major national and international touring shows because the air quality system has not been up to scratch, which might explain why the Paul Jennings and Damon Kowarsky exhibitions each stayed open for more than six months.

Just like the library, this sad state of affairs is not the fault of the gallery director and staff, who have had to make do with what they have been given.

Take, for example, the fact that the art gallery – in 2019 – still doesn’t have a decent online database.

As a result, most of us have no idea what is even in the collection and, despite the most recent shows “Rich Pickings” and “Wanderlust”, most of it remains hidden.

The council agenda for tomorrow night’s meeting reveals that in just the last 12 months, since the council agreed to fix the gallery’s air-con system, it has failed numerous times and $20,000 has been spent patching it up.

Why have our two main cultural institutions been allowed to run down into this state?

Is the hosting of AFL practice matches at Reid Oval, or spending millions propping up Flagstaff Hill, or spending countless dollars on endless studies of the harbour considered a greater priority? Sadly, yes.

At least the poor old library will soon be replaced with a shared complex with TAFE, although I am not convinced that this is the best long-term solution.

Maybe we could follow the lead of other cities and instead of maintaining separate institutions like in the past, we combine the art gallery, library and a museum into a new state-of-the-art building to replace the existing art gallery.

The Civic Green remains the perfect location for such a contemporary cultural centre (and there is plenty of room for parking right next door).

Such a landmark building would also restore Warrnambool’s reputation as a leader in exhibiting and promoting arts and culture, which it was when the gallery opened in 1986.

Personally, I would much rather see this than AFL practice matches at Reid Oval, and I am Port Power fan.