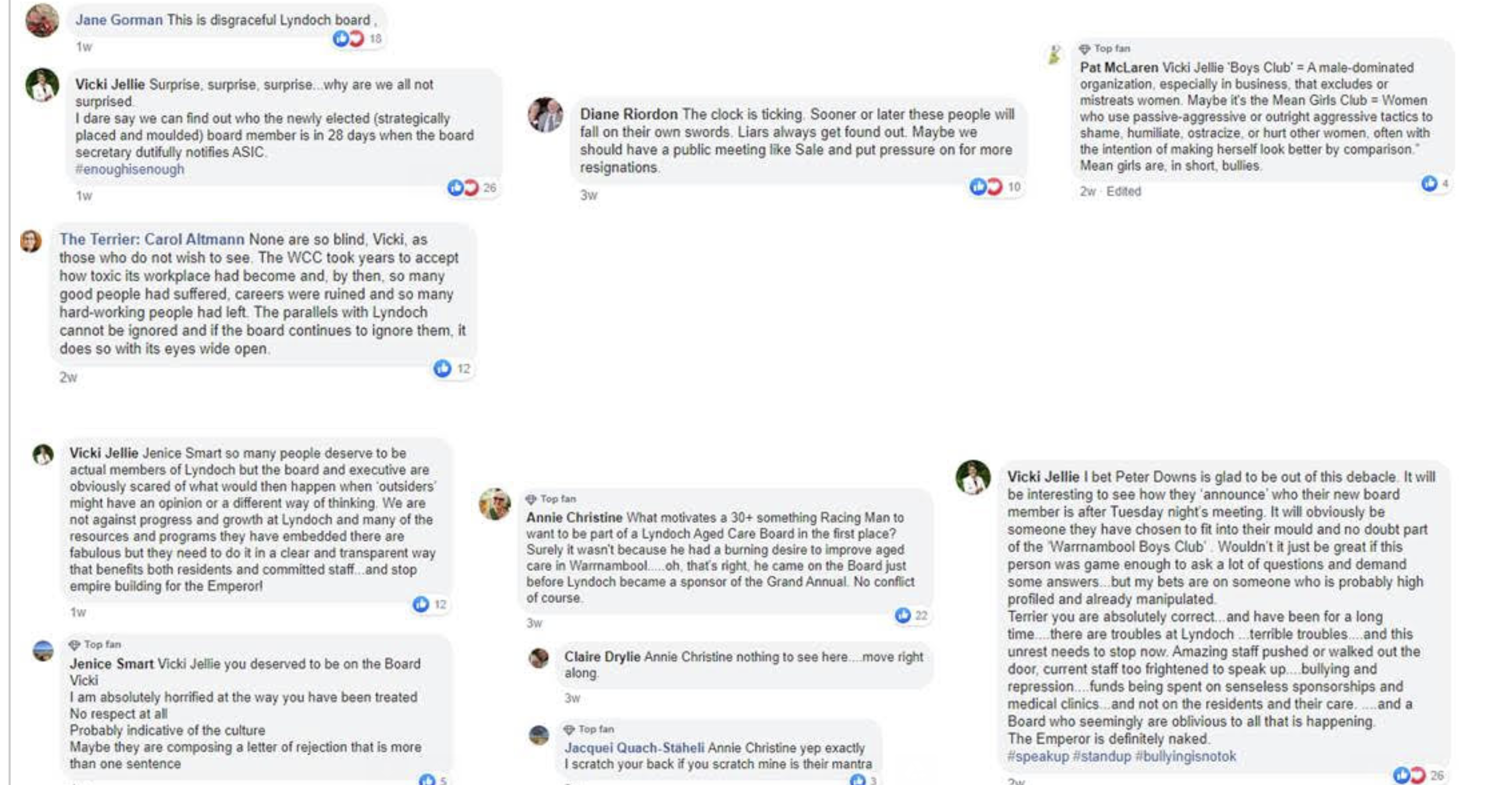 Your right to know: Two weeks ago, I received a letter from my union-appointed lawyers who informed me Lyndoch Living has been monitoring my two Facebook pages, one being my private page and one being this page.

They attached a number of screenshots provided by Melbourne lawyers K&L Gates on behalf of Lyndoch, showing comments by followers and readers of The Terrier.

Those commenting were Warrnambool people expressing their opinion on how every membership application lodged with Lyndoch Living had been rejected.

These comments related to stories I had published on February 16 and 23.

My lawyers also attached a number of quotes from those stories that were highlighted by K&L Gates on behalf of their client.

The recommendation in response to this legal letter from K&L Gates was that I remove the articles and the comments in the screenshots.

The past two weeks has been a time of enormous worry for so many of us because of a resurgence of Covid-19.

It has been so challenging for our aged care homes and their fabulous staff, including those working so hard on the ground at Lyndoch Living.

What I have also found enormously worrying these past two weeks, however, is the rapid erosion of our right to know. Our right to have a say. Of our right to speak up when we see our public institutions being hijacked by vested interests.

Lyndoch Living belongs to us. The Warrnambool City Council is answerable to us. We must never forget this.

And right now, while we are fighting a pandemic, we are being forced to also fight for our democratic rights which are being pulled out from under us one bit at a time.

Secrecy and silence is becoming the new normal.

I’ll be honest, legal letters scare the shite out of me, but I became a journalist for a reason and I am not going to be scared into silence, and, I hope, neither are you.

So we will keep going. We have to, and I want to thank every single one of you who is helping me to make that happen.