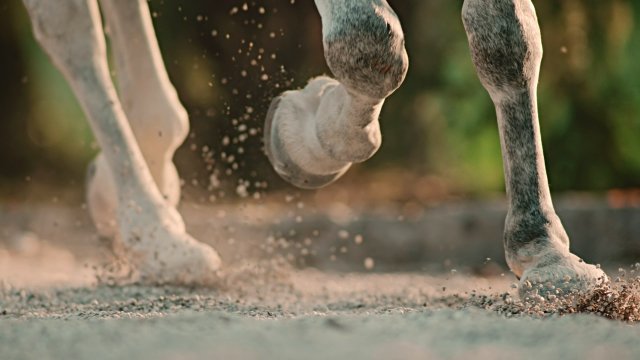 The full power of the horse racing industry in Victoria has been laid bare.

In 118 pages, the Belfast Coastal Reserve Management Plan released this week ties itself in knots to justify the unjustifiable: allowing full-scale racehorse training along one of the few, accessible wild beaches in our area.

At no time, unlike with the dirt-bike riders or off-road drivers, did the State Government consider banning racehorse training on the stretch of beach between east Killarney and Levy’s Beach, which is home to a breathtaking array of endangered birdlife and indigenous cultural heritage.

No, from day one, it has been a case of the government working out how to accommodate racehorses, as if they have been on our beaches for thousands of years and have wings and feathers, or gills and scales.

Let’s do the maths on what is now going to happen:

Up to 40 racehorses a day, five days a week, all year round, will be allowed to train on ‘Hoon Hill’, a long sand dune area west of Levy’s Beach. This equals up to 200 horses a week.

Up to 120 horses a day can train on Levy’s Beach foreshore, five days a week, all year round. This equals up to 600 horses a week.

This means up to 800 horses a month will be running up the dunes and 2400 running along the beach.

In two years time, when the government plans to assess the impact, there will have been – potentially – a combined total of 76,800 horse movements along Levy’s Beach and up the dunes at Hoon Hill.

Will it have an impact on the beach? Hmm, let me think about that for one nano second.

This entire “problem” of what to do about professional racehorse trainers has been created by the sheer power of an industry that has huge clout well beyond our little patch in south-west Victoria.

You only have to see the cosying up that goes on between politicians and the Victorian Racing Club.

Free passes. Memberships. Tickets to the Cup. Heck, some of them even own racehorses themselves, like our local MPs Dan Tehan and James Purcell who, in an Orwellian twist, receives lavish praise for looking after his own interests and that of his son, Aaron, a professional racehorse trainer.

And if anyone dares to mention that racehorses can be trained in purpose-built facilities, that they don’t actually need to be trained on our wild beaches, they are whacked with a thinly-veiled form of blackmail: the trainers will go “elsewhere” (although I am not sure where “elsewhere” is), all the jobs will dry up and the local racing industry will collapse.

What a load of bullshite.

The Warrnambool Racing Club would not be investing millions into the Warrnambool racecourse if its whole survival depended on continued access to a stretch of coastline.

Let’s not forget that these professional racehorse trainers just started showing up at Levy’s one day, using the beach without permits or permission, and when one of those horses won a Melbourne Cup in 2015, they began to arrive by the truckload.

But instead of telling these trainers to pack up and leave a coastal reserve, it was decided there was no option but to bend the rules around them. Not only that, carparks and tracks will now be added to give them better access!

The motorcross riders and off-road drivers must be feeling hard done by.

They have been tearing around the dunes at Levy’s Beach for years and – quite rightly – have been given notice that they will no longer be tolerated.

So as one form of horsepower moves out, another much stronger horsepower is moving in.

Don’t be fooled for one second by the romantic images of horses wading into the surf to soothe their weary muscles, or swimming gently behind a row boat as they swim out their strains. They can do that now at Lady Bay.

This is not horse riding, this is racehorse training, on a massive scale.

This is about conditioning, this is about pace and strength: the hard, powerful stuff, up dunes and down dunes and along long stretches of beach, dodging the walkers and birdwatchers and startled birds, and squashing the starfish and worms and bugs and shellfish and little pids and pods that make up the full and brilliant ecosystem of a wild coastline.

It makes me want to weep, this sort of destruction, all for no other reason than convenience, ease and greed.

And nobody else, nobody, but the powerful racing industry would ever get away with it.