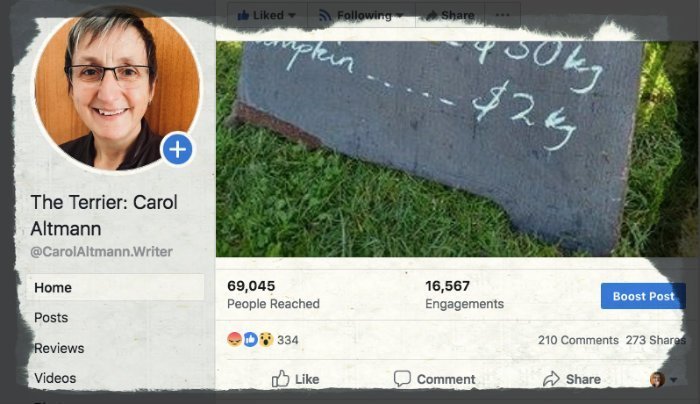 Last week, The Terrier Facebook page did an unintended, free poll for the W’bool City Council on its plan to whack market stallholders with a new $600 a year fee to set up their trestle tables and tents.

The Terrier is a one-person operation, so this sort of response to a single post is incredible.

It sends a very clear message and it is one we all hope the WCC hears with ears wide open: we have had enough of the constant asking for more of our hard-earned dollars without one shred of solid evidence or justification.

Despite promises, Mayor Tony Herbert is yet to provide any examples of a permanent city trader who pushed for this levy.

Mr Herbert has also not explained why, after operating successfully for years, the fresh markets are now considered a public health risk that this new fee would help “monitor”.

(Btw, stallholders have to meet food standards, pay insurance and, usually, pay a fee to the market organiser.)

The council has also not explained why local market stall holders should pay $600 a year, yet big outfits like Jurassic Creatures plonked themselves at Lake Pertobe for a month over summer without – I have learned – paying one dollar in permit fees.

It is unfair. It will kill the local market scene and it will not make one iota of difference to the CBD traders struggling to come back from a street upgrade that ran a cool $3 million over budget and still relies on paid parking.

So here you go WCC, the feedback is in and the people have spoken. Let’s see what happens next.