Words and images by Carol Altmann

[dropcap style=”font-size: 60px; color: #A02F2F;”] N[/dropcap]ot long into our conversation across a table outside Proudfoots Boathouse, Christopher Grace lights a second cigarette and leans in: “I realise I fucked up”.

The celebrated south-west chef, who has worked at just about every top restaurant in the region, is not talking about stuffing it up with food, but his first love – art.

He is also speaking of a time when he was not Christopher Grace – which is virtually a brand name – but Chris Grace, a gifted art and music student fresh out of Box Hill Tech, who was accepted into the highly competitive photography degree at RMIT university. 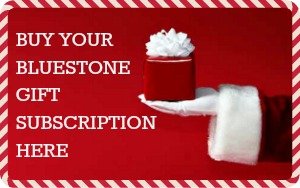 He dropped out after two years. Not because the work was beyond him, but because, like for so many uni students, the temptations beyond the tute room proved too great.

“There is a level of self motivation required to succeed at university and I, unfortunately, didn’t have it at that time,” he says with a crooked smile.

What should have been a beginning, became an abrupt ending.

[dropcap style=”font-size: 60px; color: #A02F2F;”] C[/dropcap]hristopher left art behind and, like local counterpart Ryan Sessions, fell into cooking (by taking a job at a takeaway joint near the call centre where he was working) and realised he had a knack for the chemistry of food.

His career as a chef has been stellar, including 14 years in the south-west working at celebrated restaurants including the Royal Mail, Merrijig Inn, Portofinos, Basalt and in his current role as manager of Proudfoots but now, at the age of 36, there is a stirring.

“I quit the booze for a while about 18 months ago and had a realisation that I was never going to be content unless I had another crack at photography,” he says.

The only problem was, the world had moved on and digital images and Photoshop had all but replaced film and darkrooms.

“I didn’t own or know how to use a digital camera, and I didn’t want to,” Christopher says.

“For me, it is still about film. Film is really important to me because you make decisions, you control the process, you have an intent and it is so much more rewarding than holding up a computer and letting it take the photo for you.”

Christopher carted the beast across Bali and shot four rolls of precious film with 36 shots per roll. The results are framed and waiting for a wall in his home, where we pick up the conversation.

” I got about 30 images that I really like,” he says, pulling a selection from the pile.

They remind me of photos from the 70s: pre-Photoshop, natural, muted tones, and strangely captivating for this very reason.

“The images have scratches, burn marks, finger prints and some have been developed in old developing fluid, which has created its own effect. They are imperfect and that is the whole point,” Christopher says, his voice animated.

[dropcap style=”font-size: 60px; color: #A02F2F;”] P[/dropcap]art of the appeal of both cooking and photography to Christopher is that they both rely on rules: what works, what doesn’t.

But while he says he “likes rules”, he also likes to bend if not break them.

As Christopher shows me his portfolio of work, which includes photography, collage and spray painted art works, it is hard to tell what is a photo, what is a drawing, and what is a painting. And that, again, is the whole point.

“I will take a photo and hand colour it with pencils or Textas, so it is no longer looks like a photo, but a drawing – but it is still a photograph,” he explains, smiling at the deliberate confusion he creates.

[dropcap style=”font-size: 60px; color: #A02F2F;”] I[/dropcap]t is all about the freedom to experiment, explore and maybe even occasionally fuck up, and in this I get a sense Christopher is rediscovering a freedom that no longer exists for him in cooking where, in a smartphone world, food has become an obsession and everyone is a critic.

So while Christopher has set a goal to create 52 art works in 52 weeks – and is on track – he is ambivalent about an exhibition.

“I would love to have a small exhibition, but I am not sure if anybody would come and that doesn’t bother me, because I don’t need other people judging my work when I already judge myself so harshly,” he says.

If any proof was needed of that fact, look no further than the letters on Christopher’s spare bedroom, where much of his art is stored: MONASA.

“The Museum of New and Shit Art,” he laughs.

Complement this story with…

Diving deep into an ocean of risk: Peter Condon

The Stag starts a new chapter in Sessions

Developing a passion for vintage cameras

A life behind the lens: Jack Wilkins

Revealing the eye of the tiger: Peter Clayfield

1 thought on “The artistic face of Christopher Grace”