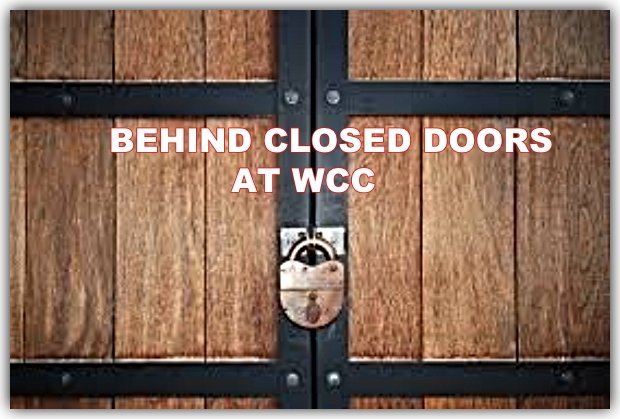 This partly explains the flurry of confidential business happening behind closed doors at the council meeting last night.

The second matter, according to sources, is believed to relate to lawyers for Mr Schneider arguing that he be reinstated as CEO: in other words, he gets his job back.

There is a precedent for such a thing, with a sacked CEO of Logan City Council, in Queensland, being given her job back after challenging the motives of the seven councillors who deposed her.

Wouldn’t that be a turn up for the books!

With the council elections just two months away and a new council to be elected, it may not be as unthinkable as it sounds.

And the third matter, twisted up in all of the above, is understood to be a heated, ding-dong, hair-pulling (except for Cr Sycopoulis, no offence to him), full-blooded barney over who should pay for the legal expenses racked up so far and those yet to come.

I emailed all seven councillors today to ask for comment on the legal action, whether ratepayers would be footing the bill, and how much had been spent so far on council lawyers.

Only three replied by deadline and no prizes for guessing who.

Here are their statements in full:

Mayor Tony Herbert:
“Thanks for your email.

As you are aware I am unfortunately unable to confirm most of your queries although some of the info might be able to be sought through channels of FOI. We lost the resolution on the night of the 13th July regarding confidentiality.

It is a very unfortunate situation the council has decided to thrust itself into especially in light of the further and greater impacts of the pandemic on council, staff, council budgets and our community ongoing.

I certainly would have preferred when such significant costs have been incurred, to have spent funds in a more productive and positive way…as a stimulus for our community post COVID for example.

I also implored councillors on a number of occasions to take alternative actions to manage our CEO  through discussion and negotiations rather than this drastic and expensive action as our only management tool!

As far as legal costs questions, I’m unable to comment at this time.

One thing I will add further, is that personally,  I feel the community has a right to know what happened in the lead up to the sudden termination, reasons for  the termination and also the costs.”

“Thank you for your email Carol, unfortunately because of the confidentiality on the above subject I am unable to make any comment.”

“Thank you for your enquiry. Due to confidentiality requirements, I am not at liberty to provide an answer to your questions. What I can confirm however, is that I personally have not received correspondence from any law firm in relation to this matter.”

So the council is about to enter a legal shitestorm, to be frank, and – so far – we are officially being told nothing.

Please keep this in mind when we all vote in October.

Think about integrity, transparency, openness, honesty, accountability and the-right-to-know: these, to me, are now the key themes of election 2020.