Just in: The ALP has confirmed it won’t be running a candidate in the seat of South West Coast on Oct 31 – but Roy Reekie, who ran for Labor against Denis Napthine last time, will run as an Independent. This by-election just got more interesting! Do you think Roy running as an Independent (albeit as still a member of the ALP) will boost his chances of a victory? Read his open letter to voters below: 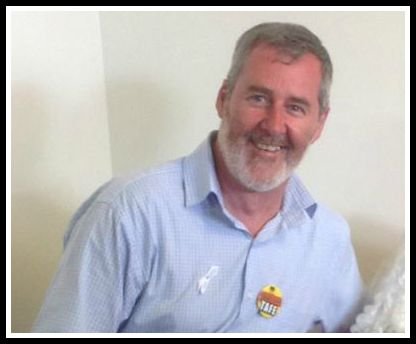 [dropcap style=”font-size: 60px; color: #DC943C;”] A [/dropcap]t the coming by-election for South West Coast, I will offer myself as an independent candidate to be your representative in State Parliament.

It’s fair to ask: if I’m not with a major party, what do you get?

Those who know me or who have observed what I’ve done in the community and in my career over the past thirty years will know that I won’t be propped up by photo-ops; I won’t speak through media release; I won’t be someone’s mouthpiece.

If I’m elected, I will consult with, listen to and speak on behalf of the community, with strength and without fear.

Having run in four previous elections (1999, 2002, 2006 and 2014), I recognise that this is my last chance to be elected as a parliamentary representative for a part of the world I love. My future – our region’s future – is in your hands.

This by-election provides the south west with a golden opportunity to control its own destiny; to break the mould by electing someone who can truly represent the entire region without fear or favour.

Whether that is me is not the point. The point is that, in this first ever by-election for South West Coast, our region might find its voice and, like the north east of Victoria, make itself contestable and relevant to both major parties.