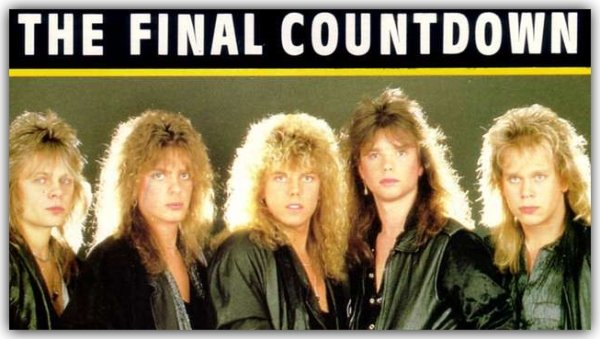 A warning. If you were around in the 80s, you are about to suffer a serious ear worm because we are now entering THE FINAL COUNTDOWN!

After what seems like weeks for a methodical count, we will know by mid-morning who has been elected to the new Warrnambool City Council.

No matter what happens tomorrow, we have already witnessed history. Warrnambool has never seen an election quite like this one.

Never have we seen a single candidate – in Vicki Jellie – attract more than 6000 first preference votes.

Most candidates are thrilled to get 1500 and brand new candidates who have never run before are rapt to get 1000.

Almost one in three people who voted in this election put Vicki at number one. Unbelievable.

Candidates need around 2700* votes to win one of the seven spots, but Vicki – according to the local paper – has more than double that amount.

Otha Akoch is also in a comfortable position and he will also take a seat at the table without having to rely on preferences.

So we have TWO candidates who have both won seats without needing to worry about preferences. This, from my delving back into the history books, has not happened in Warrnambool in a very, very, very long time.

On top of this, it looks like none of the four councillors elected in 2016 will be re-elected. Only one – Michael Neoh – has a slim chance of making it across the line. He is sitting around eighth, but will need a truck load of preferences.

Such a rout is unprecedented.

The last time that sort of clean out happened, if at all, was when horses were tied to hitching posts down Liebig St.

Vicki will win. Otha will win. Based on the numbers so far, Angie Paspaliaris will win. Ben Blain will most likely win, but – from there – who will take the final three spots?\

Honestly, I have no idea.

Those rounding out the top 10 at the moment – although a long way behind the top four – are Peter Sycopoulis, Richard Ziegeler, Lynn Hudson, Jim Burke, Mike Neoh and Max Taylor, with Debbie Arnott sitting a little further back at 11. Only a couple of hundred votes separates sixth spot from 10th spot.

It now all comes down to preferences and, in particular, Vicki Jellie’s preferences.

If we take away the 2700 or so votes Vicki needed to win, she has another 3000 or so votes that will now be distributed as preferences thanks to a handy little VEC computer program that will work this all out tomorrow with the press of a button.

If someone voted for Vicki first, who they put second now matters – a lot.

If people followed Vicki’s how to vote card, Debbie Arnott and Richard Ziegler will shoot across the line. If they didn’t follow Vicki’s card, well who knows what might happen?

One thing to keep in mind is that preference votes don’t get counted as one full vote.

In other words, if 400 of Vicki’s preferences go to Richard, he won’t see his count go up by 400, but by a percentage which is far too complicated to explain here.

The bottom line, however, is that there are a hell of a lot of preference votes now swashing around in this big democratic washing machine and we shall have to wait until tomorrow to see where they land.

* 2700 is the ‘quota’ which is worked out by taking all the votes cast, removing all of the invalid ones, and dividing that total by the number of vacant seats (7) plus one (so, 8). Simple, huh?