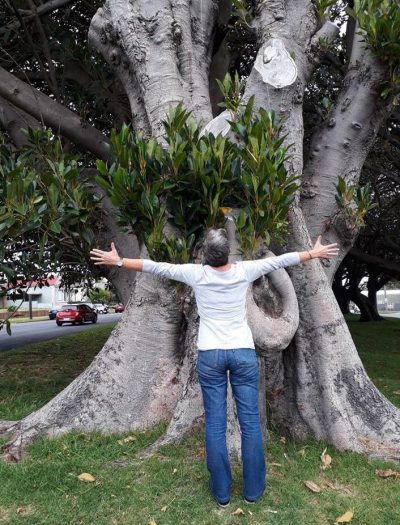 People power at work: as has been reported in the paper, the two Moreton Bay figs planted around 1903 in the middle of Banyan St have been saved.

Scarlett Patrick, who started a petition that attracted more than 2000 signatures in four days, did this.

Everyone who signed and wrote letters and buttonholed a councillor, did this.

These glorious trees, planted just fifty years after Warrnambool was founded, were due to be chopped down last year to make way for a better footpath.

They had already been mangled through “pruning” by people with chainsaws who didn’t care less about what they looked like in the finish.

This makes them easier to cut down, of course.

As one wise woman said to me this week, trees can be whatever shape they bloody like.

Yes, they bloody can.