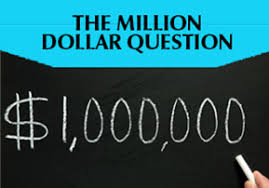 Questions: Are we about to throw $1 million of ratepayers’ money down the drain because the four horsemen of the apocalypse decided to sack the WCC chief without warning?

This is the figure being floated about and because Crs Owen, Neoh, Gaston and Cassidy refuse to tell us the full cost of their night of the long knives last Monday, I am going to say it must be close to the truth.

If it isn’t such a huge cost, why is it secret? Ballarat City Council dumped its CEO in May – after a damning Ombudsman’s report – and the payout was in the local paper by the following Friday.

This time last year, these same four councillors voted for a rate rise of 4.5% – almost double the cap.

We were told this massive jump was essential to raise $700,000 extra to pay for bridges and footpaths and all of the crumbling infrastructure that had not been properly maintained under their watch (all ‘inherited’ according to Cr Neoh, who has since told us not to look at the past.)

Every cent of that rate rise will now go toward paying for their treachery.

These councillors have clearly lost touch with the average ratepayer who they claim to represent and that, to me, is the greatest travesty.

We – and I am among those who have watched my rates go up and up – are just pawns in a power game. A game that was cooked up many months ago.

The acting CEO Vikki King didn’t suddenly get a tap on her door last week from Cr Gaston, or Cr Neoh, or whoever was given that exciting task, to see if she was free for the next 12 months.

How convenient that the acting CEO was slotted into the $340,000 a year role without it being advertised, or offered to any of the other senior managers who might have been interested.

Speaking of ethics, I am yet to see one shred of evidence as to why the CEO had to be knifed without so much as a final warning.

If the council gets out of this without a legal battle of some description, especially given the CEO’s professional reputation is now in tatters, I will be amazed – and grateful, that this attack in the night will not leave us carrying an even greater financial burden.

This story is far from over.