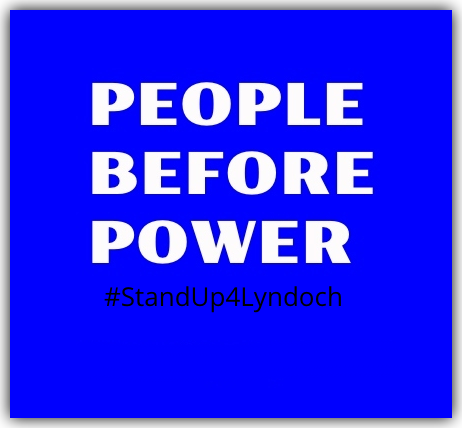 The time has come to use our voices, stand up for Lyndoch and show that Warrnambool will not tolerate bullies, no matter who they are, where they come from, or what they promise.

I have now had contact with 33 people, including past and present Lyndoch workers, about the toxic culture and the warped priorities that have allegedly taken root within its walls. By the end of this weekend, I will have spoken to 36.

We can’t turn away and expect the victims of this culture to fix it; they can’t.

Instead we, as a community of terriers, need to get involved, to step up and hold the Lyndoch board to account for what is unfolding on its watch.

We did this with the Warrnambool City Council credit card scandal and we can do it again.

Some of Lyndoch’s most senior and experienced staff are among the 70 to 80 people who have left in the past two years and the resignations just keep coming, yet the board remains silent.

If this was happening in a primary school, or our hospital, or inside TAFE, it would be front page news.

So would some of the decisions around the use of public funds.

As it stands, Lyndoch Living – as a registered charity – has spent more than $100,000 on gambling via sponsoring a steeplechase and hosting a corporate marquee at the May races, and somehow this passes as core business.

We also know that Lyndoch plans to spend millions of dollars to build and run a new medical centre that nobody has asked for, while at the same time it doesn’t have enough experienced nurses to fill shifts, and basic furniture needs replacing.

I am unable to look on while personal power trips are pursued at the expense of Lyndoch staff wellbeing and, ultimately, the care of our elderly.

So this is what we can do:

– ask the board about staff morale, staff resignations and Lyndoch’s core priorities;

– contact our local MP Roma Britnell (roma.britnell@parliament.vic.gov.au) and ask her to investigate, just as her Liberal colleague Cindy McLeish did in response to the troubles at Seymour Health;

– write a letter to the editor of the local newspaper which, unfortunately, no longer does investigative journalism;

– most importantly, become a member of Lyndoch: it’s free to apply, can be done by filling out a simple form, and means you can have a say on where Lyndoch is heading and who is in charge.

At the moment, Lyndoch has very few members, including the nine people on the board, two life members (Ron Patterson, David Atkinson), the CEO Doreen Power, and four senior staff.

Under the new rules of Lyndoch (last year it changed from an association to a company limited by guarantee), these members have significant powers, including standing for the board, voting for the board, and being involved in the AGM.

In fact, unless you are a member, Lyndoch has no obligation to even tell you when the AGM will be held.

This is what happened last October when, for the first time, the Lyndoch AGM was not advertised, nor were the board vacancies.

But here’s the rub: the board gets to decide who can become a member of Lyndoch, so even if you apply, you may not be accepted.

It’s open to all sorts of manipulation and perhaps explains why the current board is such a curious mix.

There are no GPs on the board. There is no lawyer.

But there is the former CEO of the Warrnambool Racing Club, Mr Downs, who now lives in Melbourne and works for Moonee Valley: if that’s not a massive conflict of interest between the board and Lyndoch’s support for racing, Barry the Bullshite Detector and I will run three times around the racecourse.

(Actually, Barry, we will need to do four laps, because Ms Power and Mr Downs also have shares in a racehorse.)

The Lyndoch company secretary – a former PA to Ms Power – also has no accounting or legal qualifications, despite now monitoring a multi-million-dollar organisation.

Cr Cassidy, for example, has gone from being a power house to a mouse. The bold woman who stood up and exposed the games behind the council mayoral race has nothing to say about Lyndoch. She won’t return my calls.

Chair Kerry Nelson? Not a word.

They are supposed to be our eyes and ears, yet all we have is silence.

To me, the entire Lyndoch board and senior executive are accountable for the distress of every single Lyndoch person who is suffering or has suffered.

So I am going to keep exposing what I know, and I am going to also apply to become a member of Lyndoch, although I doubt I will be accepted, even though my mother was in Lyndoch for 10 years, and my late Dad, as a bricklayer, helped build some of it.

Warrnambool people started Lyndoch, we still own it, and we all have a stake in caring for its residents, its staff and its future.

What started as an important story for me is now a campaign – unashamedly – to restore a bold community voice inside Lyndoch and to stand up for those who need us to be strong.

You can find the Lyndoch membership form here and its new constitution here.

Next: digging into the multi-million-dollar medical clinic.

If you would like to support the work of The Terrier, you can throw something in the tip jar.

14 thoughts on “Lyndoch: time to speak up, step up, and pull back the power”