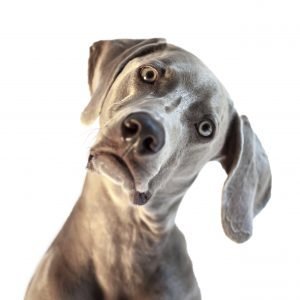 Why on earth is the Warrnambool City Council persisting with its decision to whack dozens of pet owners with $330 fines for failing to re-register their pets on time?

What possible justification can there be for demanding such an exorbitant fine – the maximum set by the state – even once the owner has paid the overdue bill?

One answer might be simple bloody mindedness and greed.

The council won’t talk about it, but I believe more than 250 pet owners – most of them dog owners because they are the easiest to catch – have been hit with these extraordinary fines and final demands for payment or the threat of court action.

Those facing fines include the most vulnerable, including pensioners where the fine is almost 10 times the cost of the registration.

And pensioners have been hit.

As have new parents, and those who simply forgot, or those who were pre-occupied with other things in life and, of course, a few who decided they didn’t want to be fleeced $70 for having done the right thing and registered their pet in the first place.

And bad luck if you have done the right thing for each of the past 10 years, sorry, that doesn’t count.

The cost of pet registrations shot up this year because of a lop-sided and extremely expensive contract with the RSPCA to run the animal shelter.

Warrnambool’s pet regos are now the second most expensive in Australia for a desexed pet.

So it doesn’t matter if you have desexed your pet, microchipped and registered it, if you failed to pay your rego on time, the $330 hammer will fall.

It is completely over the top and, worse, it is random.

Some people have been lucky enough to plead their case successfully and had the fine wiped.

Others, who have equally compelling circumstances, have been told, sorry, mate, your lucky day is not today.

This is not how to treat a community.

If the council wonders why people are so angry, this is it – this heavy handed, bloody mindedness that comes on top of a 4.5% rate rise which nobody wants or deserves.

One is to do what Melbourne City Council does – that little town further east of us – and offer a late penalty of $15. That’s right, $15. See the snapshot for the MCC website below:

Perhaps, like what happens with your gas, and electricity, and rates, this late penalty could increase each month until you make payment.

(I have paid overdue power bills before and never has it cost me $330 in fines.)

The other thing the council could do, right now, is offer an amnesty.

Call a truce, wipe the slate clean and give people a chance – not only those who have already done the right thing and re-registered their pet, but those who haven’t.

It is the latter group that need the most incentive to sign on.

Drop the $330 fines. Encourage everyone to register their pet by making it affordable, if not free, for the rest of this year.

Introduce a $15 late penalty when re-registrations are due next year.

Throw in some free doggy bags, a leash, or a cat collar for those who pay on time.

In other words, create incentives to make the RSPCA less busy, not more.

As it stands, not only will the RSPCA be busy, but so will the Magistrates’ Court, where all 250-plus pet owners who have paid their rego but still been fined, could choose to challenge the point of it all. I reckon they have a good case.

And how would the WCC make up the shortfall from all of those juicy, $330, money-for-jam fines?

Well, here’s just one idea: look at the photo below. 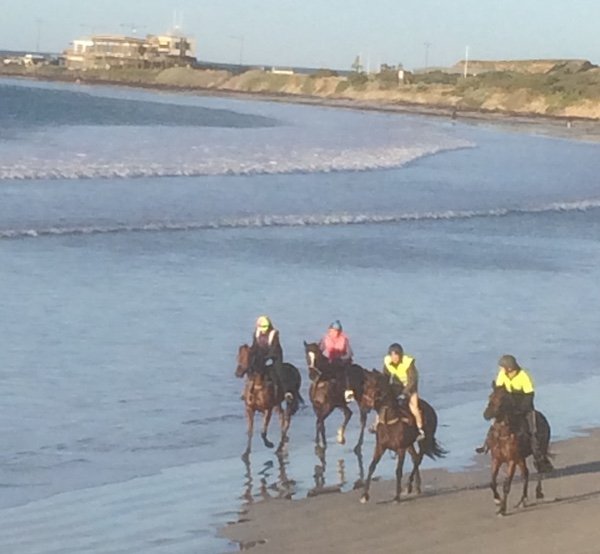 That’s right, four racehorses in a row, who were barrelling along Lady Bay foreshore a couple of weeks ago, in breach of the rules, yet again (#notalltrainers).

Do you know how many fines have been issued to the Warrnambool Racing Club by the WCC despite multiple breaches of the rules since 2016?

So there is one rule for the pet owners of Warrnambool and another for racehorses which, I think we could safely argue, are far more of a risk to public safety than Pixie the poodle hanging out on the couch.

I asked Barry the Bull Terrier Boolshite detector what he thought of all this.

Barry gave it a perfect 10. 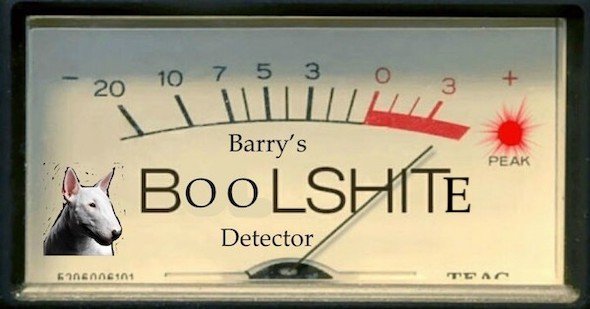 If you would like to support the work of the The Terrier, you can  always throw something into the tip jar.