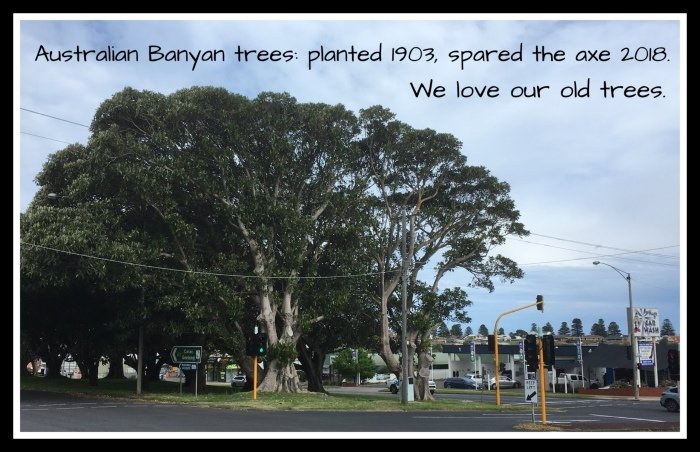 Phew, that was close. Two of Warrnambool’s oldest street trees have been temporarily spared from being chopped down by the Warrnambool City Council this weekend, but the fight is far from over.

The two, 115-year-old Australian banyan trees on the corner of, yes, Banyan St and Raglan Parade are not yet saved, but thanks to people power, the pause button has been pressed.

Let’s look at what just happened and what happens next.

What happened was the council falsely and arrogantly believed that it could destroy these two magnificent trees that have been alive longer than any person on the planet and nobody would really care.

It also believed that consulting the public meant putting a media release on its website, sending this to the local paper, and contacting a few nearby property owners – all just 10 days before the chainsaws moved in.

Lastly, it hoped that we would blindly accept that these trees had to be chopped down because they were causing car accidents, that they were bubbling up the footpath and that the whole avenue of trees would actually look better if these two trees were gone.

To say the council was wrong on every single count is an understatement.

More than 2000 people signed an online petition within four days to stop this massacre. The petition, started by local Scarlett Patrick, is still going strong. 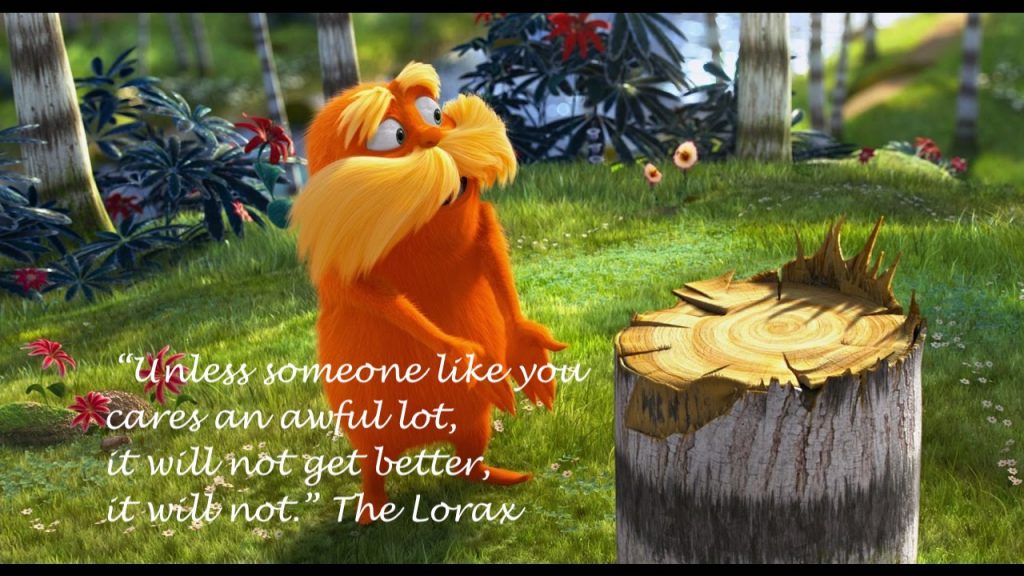 People were furious. They were furious because their heritage was about to be ripped out (again), that our precious old trees were being treated with contempt, that nobody had a chance to offer an opinion or an alternative, that not one single elected councillor was jumping up and down in outrage, and that the justifications being rolled out just didn’t make sense.

The trees, as we all know, are not causing car accidents at a big intersection that has traffic lights. They are not causing drivers to rear-end each other, or to turn too soon, or too late.

VicRoads knows this and I asked them, just to be sure, if they had expressed concerns to the council about the old trees.

What VicRoads did do, however, was offer to pay for a new footpath if the council decided to pull out the trees:

“VicRoads (Regional Roads Victoria) is responsible for the maintenance of the footpath in the Princes Highway median, and has, as a result of the Council’s plans to remove the trees, agreed to fix any damage to the footpath,” a spokeswoman said via email.

The footpath under the big trees is getting rough, just like those at the Warrnambool Botanic Gardens, but there are many ways to improve this and, just to be on the safe side, there is another, perfectly flat footpath just 2o metres away on the other side of the road.

Locals know this, they can see it for themselves.

(They can also see the broken stump of a traffic and pedestrian light that has been sitting there for weeks, wrapped in orange safety tape, waiting to be replaced.)

Picking up on the angry mood, the council has now switched tack.

You’ve got it all wrong folks! The priority was not about traffic accidents and footpaths, but actually improving the full avenue of Australian banyans/Moreton Bay figs along Raglan Parade.

The original media release has been taken down from the council website (see above), but this is the opening line of a statement sent to me this week:

“Council’s intention in proposing to remove these trees was to address issues associated with aesthetics of the boulevard which had been impacted by heavy pruning of the two trees as part of power line and signal clearance works, other considerations included pedestrian access and visibility at the intersection.”

Oh boy, we are back in George Orwell territory again.

The good news is that the council says it will now consult more broadly. When and how, we still don’t know, but it has decided to bundle the issue into its response to another petition, received in April this year.

That petition, signed by 19 residents, asked to have some native trees planted on the median strip in the southern end of Banyan St, between Timor and Merri streets.

Thanks to Scarlett Patrick, you, and more than 2000 other people, these 19 residents now have a whole lot more clout and the two Australian Banyan trees have a second chance.

More broadly, the council has been given a wake up notice that people are watching, that they do care, and that we need a better policy on how we manage our precious urban forest.

The Lorax would be proud.

If you would like to keep seeing more pieces like this about local issues, please make a small contribution below.

3 thoughts on “Giant trees saved for now, but what happens next?”