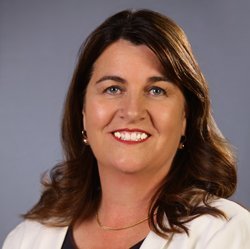 Ms Britnell said she has had contact from several members of the community concerned about the use of credit cards at the council.

Ms Britnell said she requested and has received a briefing on the matters from Warrnambool City Council Chief Executive Officer Peter Schneider where she told him of her intentions to speak with the Minister.

“Ratepayers rightly want reassurance the city council has appropriate governance procedures in place, to ensure the money it receives from the community though rates is used responsibly and appropriately,” Ms Britnell said.

“At the moment there is a lack of trust and the relationship between the community and the council is strained and cannot continue on this path.

“At our meeting Mr Schneider reported the council already has several investigations and audits underway. But I believe the Minister also has a responsibility to play a role.

“An independent investigation is the only way the relationship between the council and the community can begin to be rebuilt and I’ll be asking the minister to launch such an investigation to ensure ratepayers can have confidence their money is being spent responsibly for the benefit the city.”