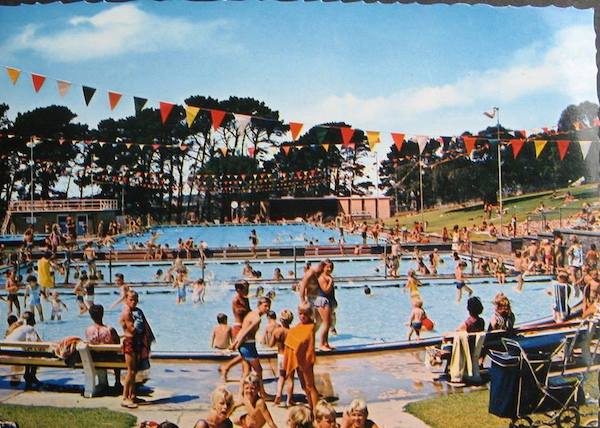 But the proposed 2019-20 budget – the one we are chewing over now – doesn’t mention Aquazone works at all.

I also don’t recall major Aquazone works being included in any council conversations around raising rates next year by 4.5%, as it hopes to do.

Despite all of this, the paper today says $985,000 will be spent on water treatment and improving air quality at the pool.

It is also worth mentioning that the council has flagged that Aquazone, which is less than 20 years old (it opened in 2002), is almost at capacity and will need to be expanded and seriously upgraded in the near future.

By contrast, the old pool it replaced (warning: nostalgia alert) was built in the 1960s and served tens of thousands of Warrnamboolians.

Our original old pool needed updating, and pools are expensive to maintain, but I have a sinking feeling that the $1 million plunge into Aquazone this year is just the beginning. Do you?

(*I will attempt to get an answer to this tomorrow, it is my birthday today. Don’t ask how old I am in dog years, it is scary.)