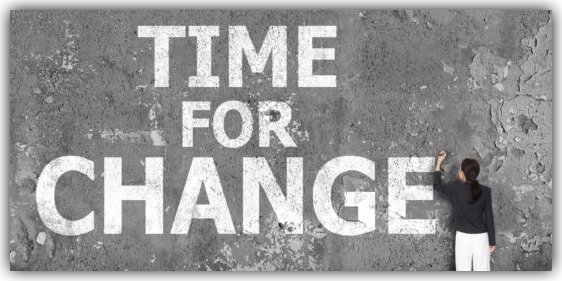 And so it comes to this. As of tomorrow, Warrnambool will vote for a new city council and the choice is surprisingly clear: either voters want change, or more of the same.

The past few days have seen distractions around which new candidates are aligned with who, who met with who, who telephoned who, and who is truly, ruly, cross-their-heart-and-hope-to-die independent and who just says they are.

It is just that – a distraction – because no candidate will win this election on their own: our preferential voting system makes that almost impossible.

Anyone claiming to be truly, ruly independent should insist that every other candidate place them dead last on their “how to vote” card and see how that works out for them.

The fact of the matter is that candidates have to work together to create the election result they want: either a generational change, or more of the same.

This is why we have the unlikely alliance of Kylie Gaston (Labor), Michael Neoh (former Liberal/Nationals), David Owen (former Greens) and Sue Cassidy, who re-signed with the Liberal Party about a week ago, all working together to hold on to their spots.

That’s politics, but it’s not the main game for voters.

The main game for you is deciding whether you want a fresh start, a new chapter, or more of what has rolled on at 25 Liebig St for the past decade and left the place in a shambles.

We need to decide, as voters, what we consider acceptable:

Is it acceptable that WCC was one of only two councils in Victoria to vote to bust the “fair go” rate cap for two years because it had failed to budget properly?

Is it okay that rates on an average three-bedroom house in Warrnambool are above $2000 a year?

Is it okay that four councillors decide to sack the CEO for no reason and we now face Supreme Court action?

Is it acceptable that those four councillors sought legal advice on this sacking without council approval and expected us to pay for it?

Is it acceptable that councillors had no idea of the details in the CEO’s contract that led to a $364k payout?

Is it acceptable that the acting CEO was in August allowed to take steps to re-employ herself for five years – a deal worth $1.2m – knowing her contract was about to expire?

Is it acceptable that up to 200 racehorses a day were set to destroy Levy’s Beach until two of the trainers involved were arrested and the whole idea was never spoken of again?

Are we okay with councillors who claim to be environmentalists, but voted 6/1 in favour of this destruction?

Should we accept that these same councillors profess to be clean and green yet failed to submit an opinion on the Wannon Water treatment plant upgrade that will pour treated shit into the sea for another 20 years?

Is it acceptable that the upgrade to Liebig St blew out by $5 million and there are still empty shops?

Is it acceptable that there is no plan for the future of Flagstaff Hill, despite it bleeding more than $800,000 a year?

Do we accept that the council still has no real tourism plan beyond Flagstaff Hill?

Is it acceptable that serious bullying allegations were not acted upon by councillors and dismissed as “operational”?

Are we okay with even one dollar of ratepayers’ money being misused on corporate credit cards?

Do we accept council properties being rented to council staff for years on end and ratepayers paying for repairs and renovations?

Are we okay with a veteran councillor being the head of a body which has, for years, rented a council property for zero dollars?

Is it acceptable to have the second highest pet registration fees in Australia?

Are we okay with Corangamite and Moyne shires blitzing us in Covid-19 recovery plans, including zero debt and hiring new staff?

Do we condone backroom deals on who becomes Mayor?

All of this – and it is only half of it – is what this election is all about.

This is what matters and this, to use the words of US vice presidential nominee Kamela Harris, is how you “prosecute the case” for change.

This track record is the measuring stick for your judgment.

There are 19 new candidates vying for your attention and, between them, they have a wealth of experience, ideas, qualifications, passion, ethics, integrity and – above all else – a desire for change.