This piece was submitted by a reader. I will keep her name anonymous.

[dropcap style=”font-size: 35px; color: #8cc7d0;”] I [/dropcap]t was with a heavy heart that I read the angry backlash to a Facebook post by Bluestone Magazine* on topless dancers performing in Warrnambool during what was also 16 days of activism against gender violence.

Reading the stream of comments, it became very clear to me that we have such a long way to go in educating people about the link between the objectification of women, gender inequality, and domestic violence.

Increasingly, I have felt a deep sense of powerlessness about the social and political issues currently plaguing our world. While there seems to be collective outrage on social media, there also seems to be a corresponding amount of despair.

With the far right increasingly gaining momentum and power, and with basic human rights being used as a political pawn, I often feel the problems are just too enormous and insurmountable for any individual to effect any positive change. Perhaps we also feel this way about domestic violence: what can we do, as an individual, to make a difference?

When I reflect on what was personally a game changer for me in domestic violence, it was actually a small and individual act of kindness and bravery from a stranger.

In my early 20s I was at a pub with my new boyfriend. He was drunk, abusive and out of control, flinging insults at anyone who crossed his path and throwing himself around like a human grenade.

Although the relationship was only new, a series of abusive relationships beforehand had me feel responsible for his behaviour. During the night, however, a woman came up to, looked me in the eye and asked, kindly but firmly, “what are you doing with him? He is a dickhead and you are beautiful.” I laughed in her face and turned away, but those words were like a tiny seed planted in my heart. 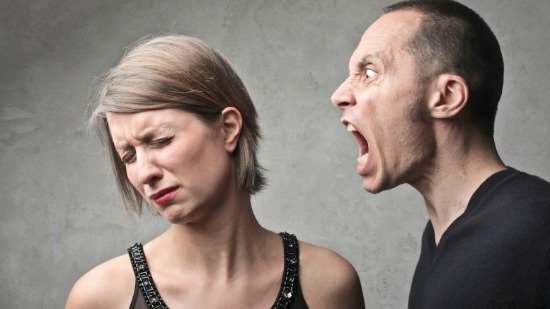 The night ended with me climbing through a laundry window to escape my wonderful new boyfriend. Earlier in the night, backing up to me in the street, he had tried to piggyback me, but instead I was thrown straight over his head and face planted the concrete.

In terror, I had made a run for it, with him trailing behind shouting my name. I remember frantically banging on the locked front door of a house party I had left, trying to get someone to hear me over the loud music.

Over the coming months something changed in me.

I slowly came to believe the stranger’s words. I was beautiful, and although I still wasn’t sure I deserved better, I was also resolved not to put up with any more crap. The decision was finally in my own hands, not in the hands of an abusive partner. Quite rapidly my life choices began to change. While it felt awkward and unfamiliar, I eventually let myself fall in love with a man who treated me with kindness, respect and adoration. We are still together to this day.

Recently I tried to plant a similar seed in another young woman’s heart.

I had just witnessed a raging fight between her and her partner in a caravan park. He had taken her mobile phone and refused to give it back. She had eventually barricaded herself in the camp kitchen when his anger reached a terrifying peak. After the police attended, a fragile silence enveloped the campground, but I knew this was far from the end of it for her.

Too scared to intervene, I left a note for her under the passenger side door handle of their car. I told her that she was young and beautiful and that her partner was abusive. I told her that I struggled to leave a similar relationship, but did not regret it for one second. I told her that she may think she can be the one to change him, but that he will never change enough for her to live a happy and healthy life. I told her to get out while she could and not look back.

I often wonder what happened to that young woman. Where was she now? Was she able to escape the toxic cycle of abusive relationships and diminishing self-esteem?

A common strategy in psychology when someone is feeling overwhelmed with an issue is to break it up into smaller, more achievable goals.  Indeed, the lesson I learnt from my kind and brave stranger is that seemingly small acts can have a huge impact.

While we have a long way to go in ending domestic violence, we all have the power to make a difference.

Tell the females in your life that they are beautiful, strong and worth it. Not just young girls, but women of all ages: we all need to hear it.

Plant the seed of hope in someone who needs to hear it. Do small things and do them often. Because you just never know when your ‘small’ may be someone else’s ‘big’.

[box]*The Facebook post was in November last year when, on the same day as the 2016 White Ribbon campaign launch, a local bar hosted a fundraiser around topless women, lap dancing and private dances. The response to the post was vitriolic, with accusations of women shaming, demeaning professional dancers and undermining an attempt to raise funds for a good cause. As it happens, the manager of the bar and I had a correspondence and agreed that the timing was poor, even if we had differing views on the event itself. That is open to a much bigger discussion. – Carol[/box]

Follow up piece: How we get from topless bars to abuse

10 thoughts on “The power of a single, anonymous note”