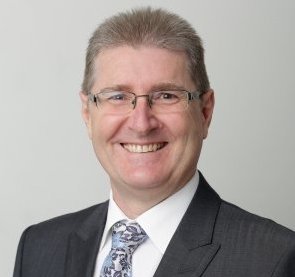 Sacked Warrnambool City Council chief Peter Schneider has launched legal action in the Supreme Court to get his job back.

Lawyers for Mr Schneider today lodged an “originating motion” against the council in the Supreme Court of Victoria, arguing that Mr Schneider be reinstated.

The action argues that the council failed to provide Mr Schneider with procedural fairness and natural justice.

As a result, they argue, Mr Schneider should be reinstated.

There you have it: as predicted, Mr Schneider was never going to just take this lying down, having been unceremoniously dumped on 13 July on the vote of four councillors: Crs Gaston, Cassidy, Owen and Neoh.

A judge will now ultimately decide whether Mr Schneider should return to his post, but many people of Warrnambool have already decided that this sacking has been a public relations disaster for our city.

It is also costing us money.

What a mess: just weeks before an election and in the middle of a global pandemic that is squeezing us all.

We are about to be squeezed even further.

I doubt the council lawyers, Maddocks, will be providing their advice “free” this time around, so you can set the clock on the legal bill that will be funded by ratepayers – your time starts now.

And all of this has been brought upon Warrnambool by four councillors who thought they knew best and could act on behalf of the next council, whoever that might be.

As it sits, we still don’t know what the four councillors considered so awful, so terrible and so unfixable that it warranted the former CEO being dumped after just 18 months and despite passing his performance reviews and saving the council money on its bloated staffing bill.

At least part of those savings will now be gobbled up in payouts and expensive legal bills.

The four councillors involved seemingly want to wish this mess away and “move forward”, but it won’t go away because we have been swept up in a power play that was not of our choosing, or making, but for which we are paying dearly.

“No reason” just doesn’t cut it.

I will continue to write more on the back story to this dismissal in coming weeks.

If you would like to keep the Terrier digging, toss in a tip.