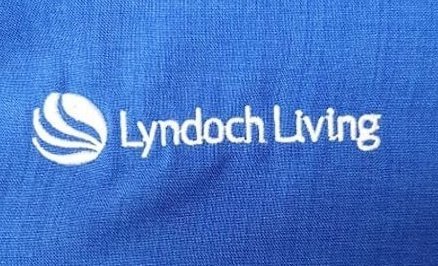 Lyndoch Living has rejected claims that it permitted two, non-essential workers from Melbourne into its premises late last month.

Upper House South-West MP Bev McArthur questioned Lyndoch about concerns raised in late July that the two workers from Melbourne were allowed into the residential area of Swinton Wing, despite Melbourne being in lockdown.

In reply to Ms McArthur, Lyndoch Living CEO Doreen Power said that the two people were contractors and were not from Melbourne, or the other lockdown hotspot of Mitchell Shire.

Ms Power did not reveal the purpose of their visit, Ms McArthur said.

I stand by my original story that the two people involved were non-essential workers and that they had both travelled from Melbourne.

The definition of a non-essential worker for aged care at this time has been set by the state Dept of Health and Human Services*.

“The community’s heightened concern about care standards at this time is entirely appropriate, and I was happy to raise the matter with the Lyndoch Living CEO and with the organisation’s board members,” she said.

“In my view it is inconceivable that anything but the most essential visits could be permitted at this time.”

Lyndoch Living, like other aged care homes in south-west Victoria, has had a screening process in place for all visitors and workers, including a temperature check, evidence of a flu shot, and no sign of flu-like symptoms.

Anybody who had been in Melbourne in the 14 days prior to their visit was not allowed entry.

Lyndoch Living has since moved to full lockdown as of last Monday, due to the number of Covid-19 cases in the Warrnambool community.

Readers of The Terrier have been in contact again, however, to express concern at painters being permitted into the complex to put the final touches on the $11 million Swinton Wing extension.

Ms Power last week gave an interview to Denis Napthine on 3YB, during which she said the extension was due to have residents moving in by today (August 20).

I don’t know if that deadline has since changed.

In the same interview, Ms Power said the new Swinton Wing was part of a plan to give every Lyndoch resident a view of the Hopkins River.

The top level of the extension, however, has a frosted glass balcony, which has again prompted comments and questions to this site from readers.

“I always say to people, ‘you know, I think I have got the best real estate in Warrnambool,'” Ms Power said during her 3YB interview.

I would have to dispute that.

Lyndoch Living, owned by the community, has “the best real estate in Warrnambool”, and we hope it is never for sale.

* Subject to some important conditions, staff can enter the facility only if they are:

1 thought on “Lyndoch rejects claim visiting workers were from Melbourne”