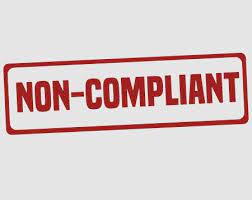 It’s the first time the hostel has been found to be non-compliant in multiple areas, following new standards introduced in July 2019.

This means, as of today, all three residential homes of Lyndoch Living  – the lower-needs hostel area, the high-care nursing home area (Lake Lodge and the Audrey Prider dementia wing), and May Noonan Hostel in Terang – have various breaches of the national standards.

A fresh report into the nursing home is expected soon.

The latest Aged Care Quality and Safety Commission report into Lyndoch was released online on Monday, following a four-day audit of the hostel which caters for around 125 residents, and includes the new $13 million Swinton Wing and Riverside.

It found the hostel non-compliant in:

Standard 1: Consumer dignity and choice (failed one of six requirements)

The 34-page report details a number of specific concerns, including the use of chemical and environmental constraints, a lack of consent, poor care plans, gaps in risk management and a lack of documentation in critical areas.

Several residents who were subject to environmental and chemical restraint “did not have appropriate documentation completed, nor were there risk assessments documented to guide the delivery of safe and effective care and services” to these residents.

“The service’s process to manage and minimise the use of chemical restraint is not effective,” the report says.

Although there was a “framework that provides guidance to staff in relation to restraint”, the processes also failed to identify a number of residents who were subject to chemical or environmental restraint.

As a result, “there were no authorisations or consents” and the residents “did not have behavioural support plans in place”.

The report also highlighted one incident where a resident was given an “as required” psychotropic medication by a personal care worker for being “agitated, anxious and paranoid”.

There was no record, however, as to whether the PCW had – as they must – consulted a registered nurse prior to giving this medication, or if they had tried other, non-medical methods to calm the resident.

The report found gaps in documentation meant Lyndoch could not always provide evidence of assessment and planning for potential risks to the health and well-being of hostel residents.

In one example, there was no behaviour assessment or management plan in place for a particular resident, despite numerous reports of responsive behaviours, and three incident reports of aggressive behaviour, since January this year.

More broadly, the report found residents (or their representatives) were disconnected from the care plan process, with little or no involvement.

Some had not seen their care plan, or didn’t know they could request a copy, while two residents didn’t have a care plan at all.

The report says Lyndoch has since taken steps to address the various failings, but as these changes were not in place at the time of the audit and their impact has not been fully evaluated, the “non-compliance” ratings would remain.

Interestingly, the hostel – which does not have mandated staff/resident ratios – passed Standard 7 for staffing, despite resident concerns around staff shortages.

Residents said staff shortages meant “personal care is not being provided as per their preferences or not being assisted at times” while families “commented on the number of experienced staff leaving the service and how they were concerned about the impact” on residents.

The report noted “vacant shifts are covered by staff from other roles or some staff working extra hours” but made no comment on whether this was sustainable.

The commission has set out 15 recommendations for improvement as a result of the audit – you can read those at the end of the report here.

Lyndoch Living is up for re-accreditation in August, following 12-month delay due to Covid.

[Lyndoch Living has been contacted for comment and any response will be published in full.]