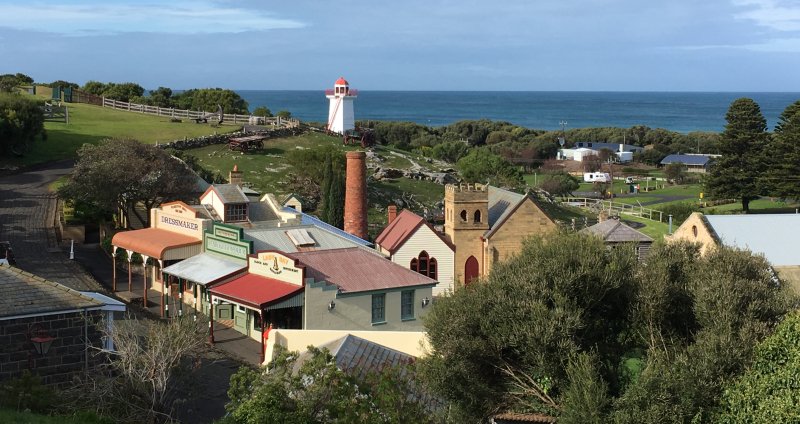 I have been looking at visitor numbers for Flagstaff Hill and, I have to tell you, there are worrying signs.

Before I go any further, I need to say three things:

The figures are from Sept 2017 to Feb 2018. The media unit at the Warrnambool City Council will not give me more recent ones. I don’t know why. It also refuses to answer any questions about the figures that have been released.

In the past 15 years, at least $15 million of public money has been poured into Flagstaff Hill to keep it alive. Most recently, $3 million was spent on a new light/sound show and other improvements that opened in June last year. A year on, I think we need to know how things are travelling.

None of what follows is a reflection of the hard work done by the volunteers and many WCC staff who, in recent years, have busted their guts for Flagstaff Hill.

So how are things going?

The expectation was that once the $3 million upgrade was launched in June 2017, visitor numbers would boom.

It was a big ask. Three years ago, paid visitor numbers were below 55,000.

The head of WCC’s tourism arm, David McMahon, who two years ago was handed the whip to flog Phar Lap, remained optimistic. In June last year he told The Standard:

A 30% jump by January was a lofty goal, but here is an awful, ugly, unadulterated fact: the overall visitor numbers at Flagstaff Hill are going backwards.

I have checked and re-checked the numbers and you can look at them yourself right here:

Let me take you through the red arrows:

This is a shock.

Maybe the person who drew this graph for the council got their colours mixed up, but I don’t think so, because you can see a clear ‘spike’ around November last year.

Why was there a spike? I suspect because Flagstaff Hill had a free open weekend to celebrate its $3 million upgrade.

Did you see the word FREE in that sentence? This brings me to another very important point: how many have people actually paid to get in or paid for tickets to the night show since last Sept?

I don’t know. It’s one of the questions that those who have access to these figures – David McMahon, Flagstaff Hill manager Paul Pinkerton and WCC media head Nick Higgins – won’t answer.

But this question is critical to whether these figures are being fudged. Are these numbers a true reflection of what is going on, or is it even worse?

Free entries do not help the bottom line and if free entries are being included in these numbers, then we are being duped and that, to me, is very serious.

We have been here before, with Fun4Kids.

After many successful years as an annual winter event, Fun4Kids started to bleed money. Then it started to haemorrhage.

Here is David McMahon again being quoted by the paper during last year’s Fun4Kids:

The cut came without warning, without any fallback plan, without any replacement and, it must be said, without giving the scaled-back F4K festival a chance to see if it could do better than the big-budget stuff of years before.

This is not how we should be planning our future as a prime tourist destination.

We need honest, transparent conversations about how we are tracking, what we can expect and what, if anything, we need to change.

I have written many times before that a fake colonial village that opened in the 70s and still flies the Union Jack high above its premises is no longer appropriate to where Warrnambool is going today.

What could replace it is a topic I will wade into later, but for now we deserve to be told the full story.

If you would like to keep seeing more pieces like this about local issues, please make a small contribution below.

1 thought on “Are we being told the truth about Flagstaff Hill?”