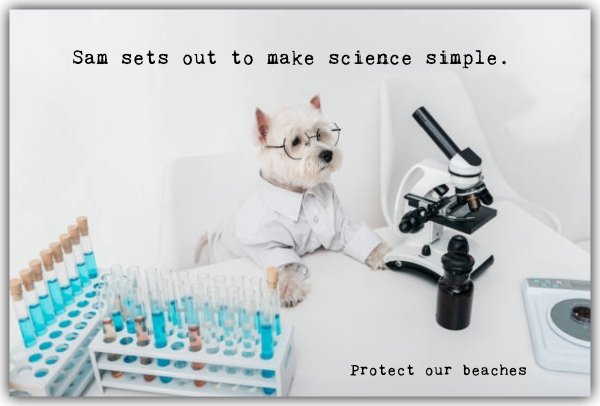 Yay, you made it this far!

A word: What follows is based on information provided to The Terrier/Carol Altmann via scientists and environmentalists advising the Clean Ocean Foundation . It’s intended as a starting point for those wishing to comment on the proposed Wannon Water treatment plant upgrade. I take full responsibility for this condensed version.

1. WHERE DOES THE SEWAGE GO WHEN THE PLANT FAILS?

Treatment is biological and subject to fluctuations in bacterial populations and death of bacteria due to the presence of various toxins in the influent. Treatment failure may be partial, leaving the sewage itself partially treated. There is no capability for this plant to hold up a significant volume of sewage for retreatment. Such a withholding system is necessary to be able to handle bacterial population fluctuations.

Power failures can also lead to treatment failure. Using a bypass system in this case is risking the health of the local residents and the ecology. A temporary storage should be considered.

Phosphorus concentrations from the Warrnambool plant are about ten times higher than for a similar plant treating domestic sewage. This is a primary nutrient that will affect the receiving environment leading to algal blooms that have been observed at the outfall. These algal blooms can be toxic to aquatic species and have demonstrated the inability of Wannon Water to keep nutrient levels at a suitably low level.

Wannon Water has stated that they do not meet the State Environmental Protection Policy criterion for phosphorus outside the mixing zone of the effluent with marine water.

Phosphorus reduction in concentration and annual kg load should be a major focus of any treatment upgrade plan.

Wannon Water has recognised the risk of plastic pollution. However, they have not taken sufficient steps to reduce this plastic risk in the effluent. The works approval plans provide a 1mm screen of the final effluent. This will catch visible plastic pieces, but not the true micro plastics in the forms of fibre, nano particles, and other fine plastic forms used in the home.

With the next stage of membrane filtration most of the offending plastics can be removed. This next step was flagged for 2040, we don’t believe we can wait until then to clean up the marine environment.

The works approval application pays no attention to emerging pollutants that we are aware of but just not sure about their impacts. Items such as:

All of these are worthy of consideration in a treatment system upgrade.

5. BACTERIA CAN BE DISINFECTED

There is no plan for effluent disinfection in the works approval from Wannon Water. Physical, or chemical disinfection will provide a much safer marine environment for recreational water users and fishers. This should be included in upgrade plans.

6. RISKS NEED TO BE EVALUATED

Wannon Water presented their risk register but a more detailed assessment of the risk of the outfall to our health and the ecology are required. All discharges to the marine environment are subject to an Ecological Risk Assessment under EPA policy. An ERA was not presented for this discharge to the ocean making it difficult to evaluate the risk of greater discharge volumes as well as the levels of pollutants the discharge may contain.

7. IT’S NOT THE CONCENTRATION IT’S THE LOAD

Wannon Water is proposing to increase the volume / flow of the effluent to the outfall from ~ 16 to ~ 26 ML/day. This is presumably to be done with the same limits on the concentrations of pollutants to be discharged. This means that the ocean will receive a further 60% load in these pollutants. For instance, the phosphorus load at 30mg/L will increase from 480 kg to 780 kg/day (mean limit). Despite any refence to mixing zones, this increased pollutant load has to be assimilated by the same environment.

The planned works should be set to improve the environmental and health outcomes. This plan can only make outcomes worse.

8. RISKS TO RECREATIONAL USERS INSIDE THE 300m MIXING ZONE:

There is substantial recreational use of the waters inside the mixing zone for snorkelling, diving, fishing and rock pooling, particularly on calm days. On days of low wave height, the dilution and dispersion of pollutants will be substantially poorer than considered in the mixing zone assessment.

Signage, which does not even appear in the hierarchy of controls for managing hazards in a workplace context, has not been effective in the past, and there is no reason to expect it will be in the future.

9. RISKS TO RECREATIONAL USERS OUTSIDE THE 300m MIXING ZONE:

Potential exposure to risky levels of E.Coli and Enterococci. The mixing zone assessment has been undertaken considering the median wave height of 2.5m.  This analysis does not consider that recreational use of this area with primary contact (eg. diving, snorkelling) will largely occur during the calmest days of the year.

Further, simple analysis of the information presented indicates that exposure of recreational water users outside the 300m mixing zone is likely to routinely exceed the licence limits for E.coli and Enterococci, and the state environment water quality objectives, on multiple days per year.

The Warrnambool community can enjoy improved health and an improved environment from the use of more advanced treatment technologies. The best outcome for wastewater treatment is the ability to reuse this fresh water in a dry land environment. Membrane filtration can allow wastewater reuse as is practised in many coastal communities such as Phillip Island.

We believe that the Warrnambool community can benefit from a rethink of the wastewater treatment plans to truly upgrade the technologies rather than simply expanding the existing treatment systems.

Are you ready to have a say?

You can do so here: https://engage.vic.gov.au/epa-works-approvals/wannon-water

You will also find links to the full Wannon Water documents at the same site.